IOWA WILD: Shuts out Rockford with a 3-0 victory 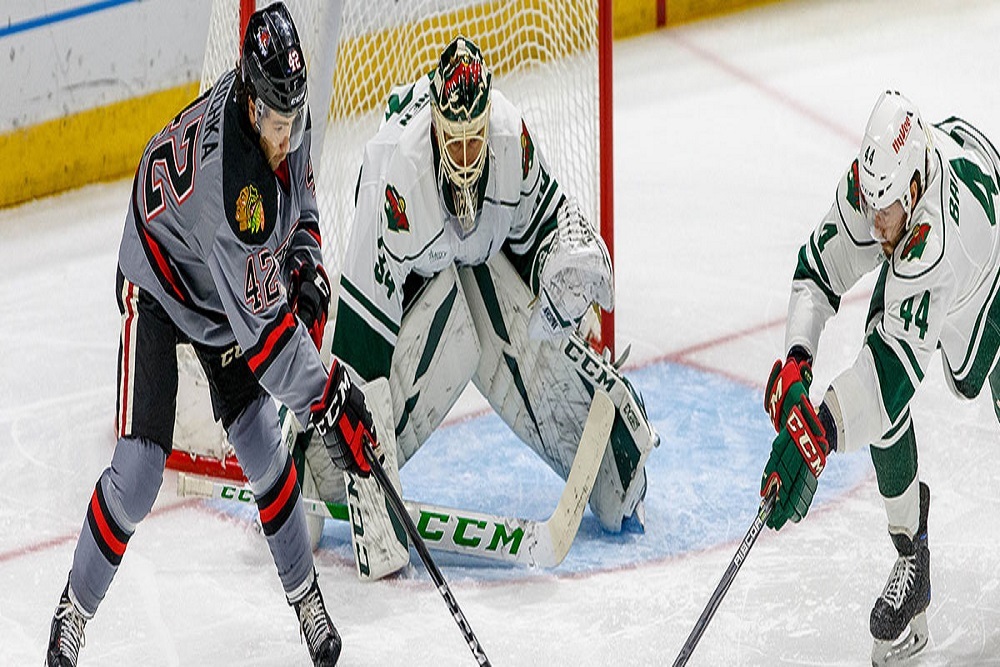 Winger Sam Anas found the back of the net for the first time this season, potting a power-play goal at 17:17 in the first period. Center Cal O’Reilly received a pass from defenseman Eric Martinsson at the left faceoff circle and inched toward the Rockford net. O’Reilly stayed patient before hitting Anas with a pass as he was crashing the far post. Anas tapped the pass into the open net to give Iowa the 1-0 lead.

Through the first period, Iowa held a 1-0 score while Rockford outshot the visitors 10-8.

Iowa increased its lead to 2-0 when forward Matt Read notched his first tally in a Wild sweater. Battling in the corner, defenseman Brennan Menell sent a pass behind the net to Read. He cut to the front of the cage and took a shot that was saved by goaltender Collin Delia (25 saves). Read continued to chop at the puck, taking a second and third shot before finally chipping the puck over Delia’s right pad for the goal at 2:47 in the second period. Menell’s helper extended his assist streak to seven games, tying a franchise record and continues the longest active streak in the AHL.

O’Reilly iced the game for the Wild with an empty-net goal at 18:40 in the third period after forward Mason Shaw hustled down the ice to pressure the Rockford defense after defenseman Matt Bartkowski cleared the puck. After forcing a turnover, Shaw hit O’Reilly with a pass and he buried the puck into the open net to secure the 3-0 win.

With the victory, Iowa is 3-0-0-0 in its last three “school day” games, with all three wins having come against the IceHogs. O’Reilly’s multi-point game was his fourth of the season, which leads the team, and the second in as many games. Kahkonen’s shutout is the first by a rookie goalie this season in the AHL and the first Iowa rookie goaltender to pitch a shutout since Steve Michalek on Feb. 4, 2017.

The Wild returns home for the organization’s Wild About Education school day game, presented by MidAmerican Energy and TPI Plumbing Contractors. Puck drop against the Bakersfield Condors is at 10:30 a.m.