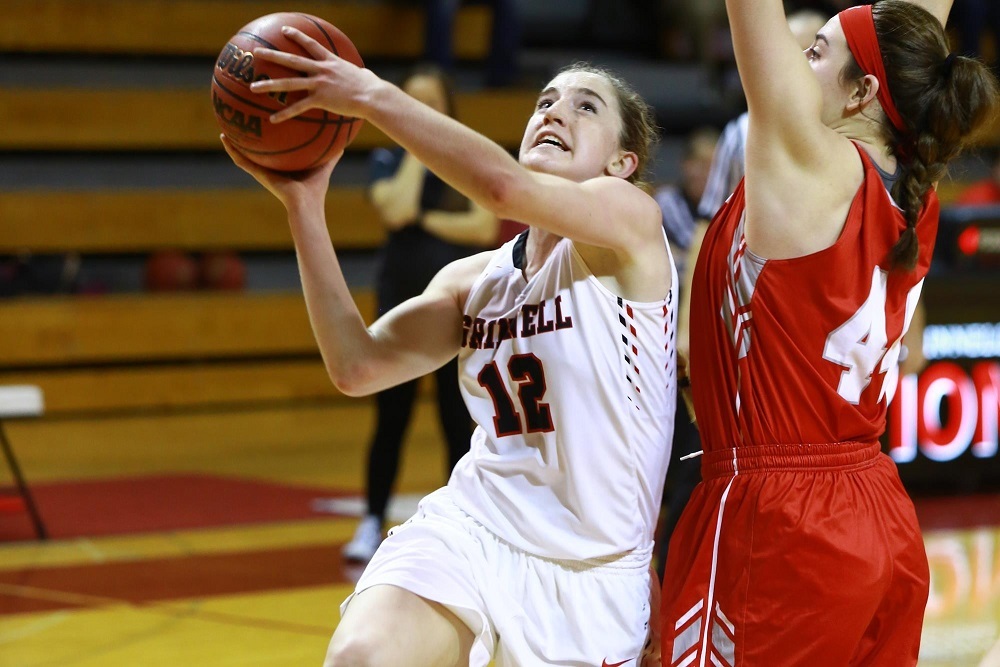 Grinnell College's women's basketball team may have lost a thrilling overtime decision to Central College Thursday night, but the Pioneers saw plenty of positives on which to build.

Central rallied from a 12-point deficit early in the fourth period to force overtime before posting a 59-55 in the season opener for both teams at Darby Gymnasium.

Stender also had two blocks and two steals and Guzzo a pair of steals. Sofia Ahooja '22 dished out three assists and Aidan Coalson '22 had three of the Pioneers' six blocks.

The Pioneers shot out to a 5-0 lead and extended the cushion to 12-3 by the end of the first period. Grinnell gained its biggest lead of the game with just under three minutes to go in the second period when Olivia Woolam's '21 3-pointer made it 26-13. Central responded in quick fashion, though, and cut the gap to 28-25 by intermission.

Grinnell stretched its lead out in the third period, going up by 11 at 38-27 on Tomczik's traditional three-point play. Central then scored a basket, making it a 38-29 game heading into the fourth quarter.

Stender drained a 3-pointer to open the frame, but Central gradually chipped away and went up twice in the final minutes. However, Ahooja sank a free throw with 43 seconds left to make it 48-all and force overtime.

Tomczik opened the extra period with a free throw, but Central rallied with four consecutive points for a 52-49 edge. Grinnell played catchup the rest of the way, coming within 54-53 with 1:11 left on Heath's basket and making it a two-point game at 57-55 on Tomczik's layup with 14 ticks left. However, Central managed to hit two free throws with 10 seconds left to secure the win.

The Pioneers return to the home court next Thursday to face Emmaus. Game time is 5 p.m.