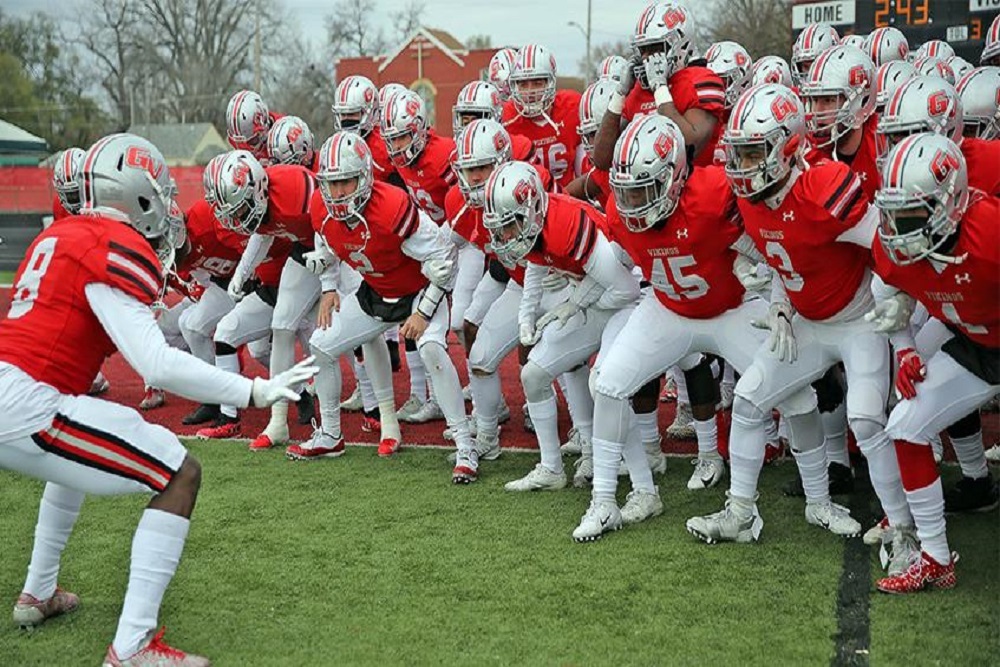 The NAIA released the final regular-season Top-25 Coaches' Poll. The Vikings defeated William Penn University over the weekend 23-20 and improved to 9-2 overall and 4-1 in the North Division of the Heart of America Athletic Conference.

This victory lifted the Vikings to No. 10 in the polls. Other Heart of America teams that appeared on the poll were Benedictine (7), Baker (12), and Evangel (14). Benedictine and Baker received invitations to compete in the NAIA Football Championship Series as well. The full rankings can be seen below. Grand View will travel to Fort Wayne, Indiana to take on their 1st round opponent the Cougars of the University of Saint Francis. The No. 8 Cougars are the two-time defending National Champions. They completed the season with an 8-2 record and received an at-large berth after finishing 3rd in the Mideast League of the Mid-States Football Association. Kickoff is set for 11am central time. Tickets will go on sale Tuesday morning and fans can purchase $10 pre-sale tickets from the USF business office or get them for $15 at the gate on game day. For more information, click here.

The full playoff bracket can be seen below.

Saint Francis holds one of the better defenses in the country. They ranking in the top-10 in a variety of statistical categories that include: total sack, rushing defense per game, and total defense per game.

Check back with gvvikings.com for a complete recap and follow the Vikings on social media (@VikingAthletics) for in-game updates.