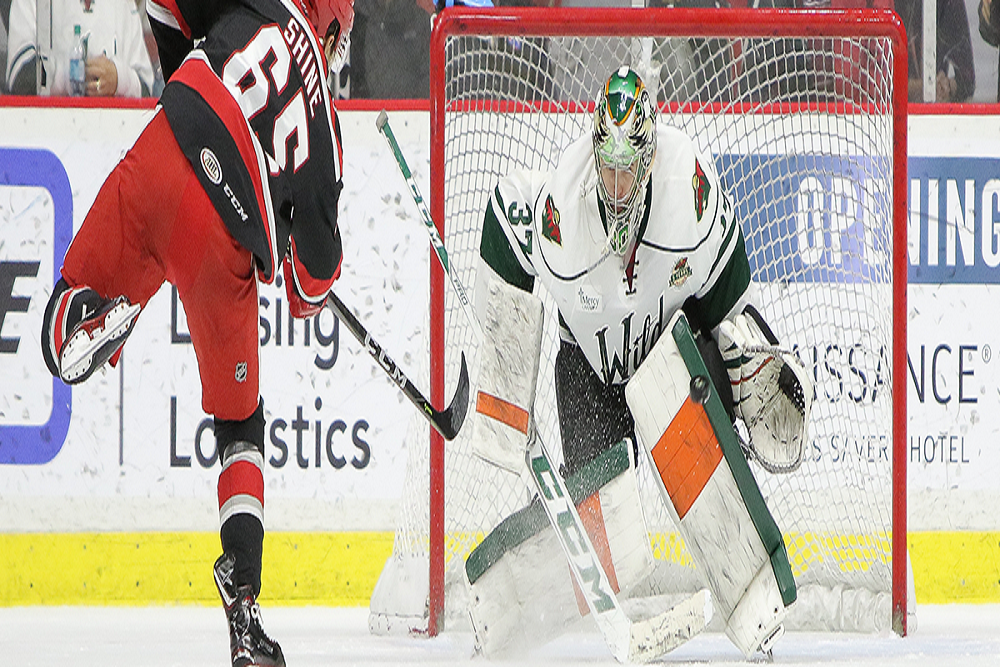 Last season, the St. Clair, MI, native was in net for six games with Iowa Wild, recording a 3-1-2 record with a 2.13 goals against average and a.926 save percentage. On Dec. 18, Motte registered his first career professional shutout, stopping 34 shots in a 3-0 win against the Cleveland Monsters. Motte’s minutes played (367), saves (163) and shutouts (2) were all career-highs.