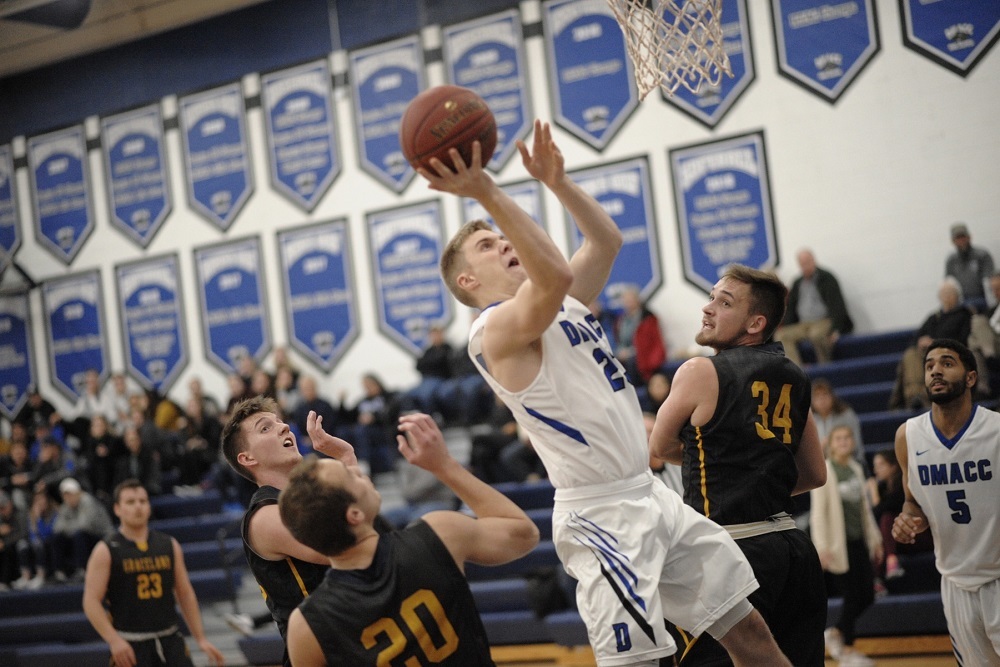 The two teams were deadlocked at 38 at the half and HCC, ranked seventh in the National Junior College Athletic Association (NJCAA) Division II poll, outscored DMACC 38-34 in the second half to get the win and improve to 5-0 for the season.

HCC had a 43-42 advantage on the boards with Davidson's 14 rebounds leading DMACC. Buchanan and freshman Zach Lester of Clear Lake had six rebounds apiece. Buchanan led the Bears in assists and steals with two and three respectively.