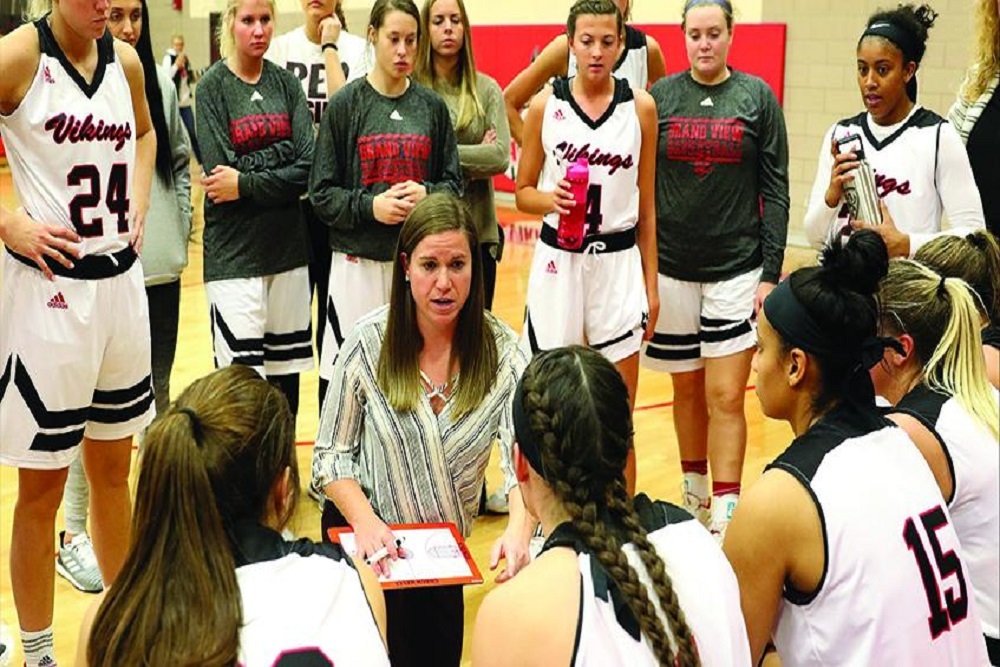 The Vikings raced out to a hot start on Missouri Valley's home floor, converting on 16 points off of Missouri Valley turnovers and taking a 36-24 halftime lead. Grand View held Missouri Valley to just 9 points in the second quarter. Dariann Garrison-Nickerson (SR/Des Moines, Iowa) scored 10 first-half points to lead all players and Rachel Danielson (JR/Mason City, Iowa) chipped in 9 points and 3 assists in the first half for Grand View.

During the third quarter, Missouri Valley made adjustments and attempted to cut into Grand View's 12-point lead. Missouri Valley was led by Shanelle Tolley's 7 point third quarter, but the Vikings had their own answer off of the bench, Shannon Pisney, who connected on both of her three-point attempts, grabbed two rebounds and also tallied an assist all in one-quarter of action. Grand View led 55-45 after three periods.

The fourth quarter was looking like it could go Missouri Valley's way, as they went on an 11-0 run to begin the final quarter to take a 56-55 lead. The lead was short-lived after free throws from Madison Sickles (SR/Cresco, Iowa) gave the advantage back to Grand View. The Vikings connected on 9 of 10 free throw attempts in the second half, to propel them to a 71-62 victory over Missouri Valley.

The Vikings continue to share the basketball offensively, dishing out 18 assists on 23 made field goals. Rachel Danielson led the Vikings with 5 assists (and 0 turnovers).

Grand View shot the ball extremely well from the 3-point line, going 11-26 from beyond the arc for 42.3%. They also connected from the charity stripe at a fantastic rate, shooting 14-16 from the free throw line (87.5%).

The Vikings will host Clarke University on Tuesday, November 20th. Tip-off is scheduled for 5:30 pm in Sisam Arena on the campus of Grand View University.