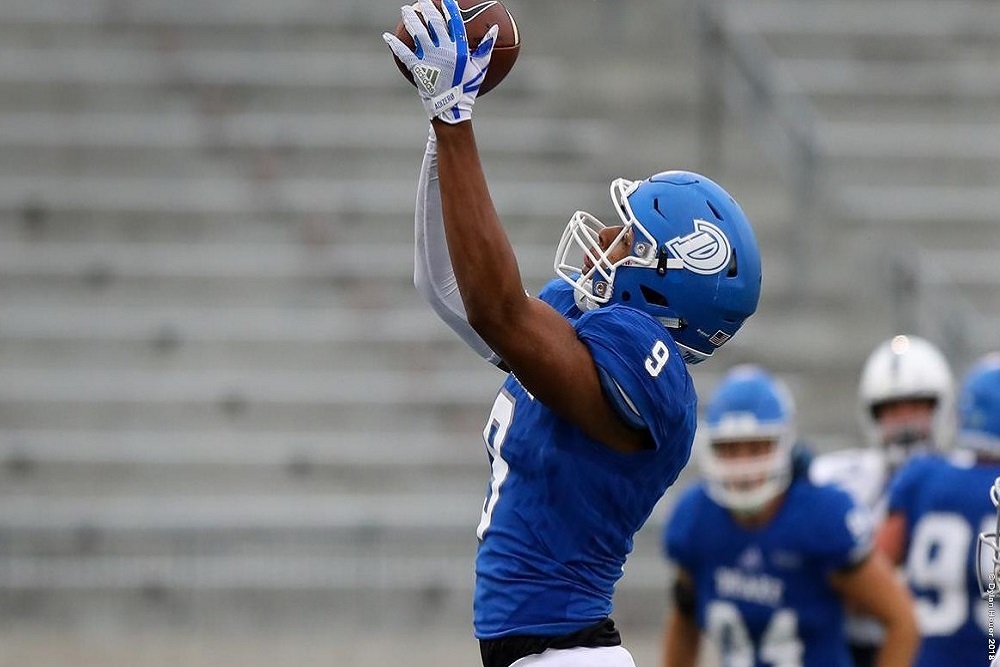 For the second-consecutive week, members of the Drake University football team have been named the Pioneer Football League's Defensive and Special Teams Players of the Week.

Sophomore defensive back Alex Rogers (Racine, Wis.) was named the PFL Defensive Player of the Week following his breakout performance in the 43-6 win at Morehead State. Kieran Severa earned Special Teams Player of the Week honors for his scoop-and-score of a blocked PAT attempt.

Rogers' honor marks the sixth PFL Defensive Player of the Week award for the Bulldogs' nationally ranked defense. At Morehead State, Rogers led a defensive effort that surrendered just six points with a career-high 16 tackles. Eleven of his stops were solo tackles and he also added a team-high four tackles for loss.

Severa, who earlier this season earned the PFL Defensive Player of the Week award, garnered Special Team Player of the Week honors for corralling Nathan Clayberg's (Pella, Iowa) block of a PAT attempt and returning it the length of the field for two points. His scamper was the Bulldogs' second PAT return for a score of the season and the block was the Bulldogs' eighth this season. As a team, Drake ranks third nationally in blocked kicks this season.

All told, the Bulldogs earned nine weekly PFL honors and finished the season with a 7-3 overall record and a 6-2 mark in the PFL to finish in a tie for second in the league.