IOWA WILD: Closes out season series against Manitoba with 3-2 win 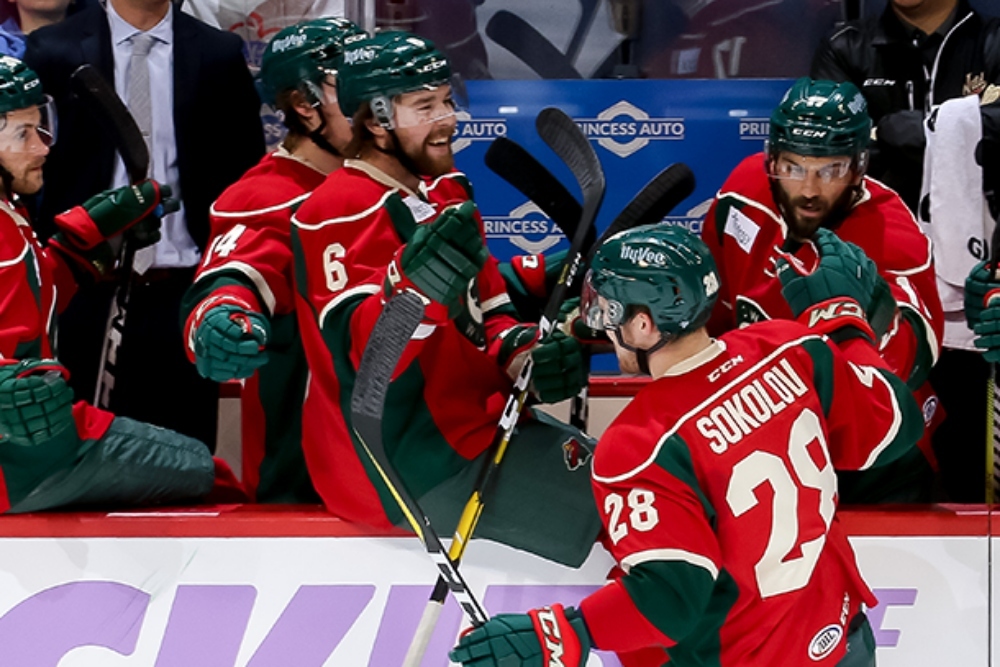 Iowa jumped out to a 1-0 lead as forward Matt Read potted his third goal of the season at the 10:10 in the first period. After Iowa won an offensive zone faceoff draw, Read pokechecked the puck out of the zone and was off to the races. He sprung himself for a partial breakaway and fighting off a backchecker, he went forehand-backhand before sliding the puck past Eric Comrie (25 saves) for the tally.

The Wild doubled its lead at 14:36 at the first period with a goal from forward Dmitry Sokolov. In the neutral zone, forward Mason Shaw made a quick pass to forward Mitch McLain, who in turn sent the puck back to Shaw. His pass and a change by the Moose gave Shaw and Sokolov a 2-on-1 opportunity. Shaw shuttled the puck across the ice to Sokolov at the right faceoff dot, who blistered a one-timer past Comrie’s outstretched glove for his fourth of the season. Shaw’s assist was his 13th of the season, tying him for the league lead among rookies for helpers.

Manitoba cut into Iowa’s lead when forward Alexis D’Aoust potted an unassisted goal at 4:15 in the second period. A missed pass at the neutral zone gave Manitoba a 2-on-1 with the puck on D’Aoust’s stick. He rifled a shot that beat goaltender Kaapo Kahkonen (34 saves) short side, putting the game at 2-1.

Forward Colton Beck regained the Wild’s two-goal lead when he scored his fifth goal of the season at 5:09 in the third period. Defenseman Carson Soucy took a shot from the blueline, which hit a body in front. Forward Kyle Rau corralled the loose puck, turned and fired the puck on net. It deflected off of Beck’s skate, through Comrie’s five-hole and into the back of the net, giving the visitors a 3-1 lead.

At 10:47 in the final frame, Manitoba forward Logan Shaw scored his sixth goal of the season to bring the game to 3-2. From the point, defenseman Nelson Nogier put a shot on net after receiving a quick drop pass from forward Mason Appleton. Nogier’s shot was deflected off the stick of Shaw and fluttered past Kahkonen for the score.

With Comrie pulled and Wild defenseman Matt Bartkowski in the penalty box for cross-checking, the Moose spent the final 1:02 on the power play but couldn’t put one past Kahkonen as the Wild skated away with a 3-2 victory. Final shot totals were 36-28 in favor of Manitoba.

With the victory improved Kahkonen’s record to 4-1-1. He sports a 1.12 goals against average and a.962 save percentage, both tops in the AHL.

Iowa returns to Wells Fargo Arena for a Monday night contest against the Grand Rapids Griffins. Puck drop is scheduled for 7:00 p.m.