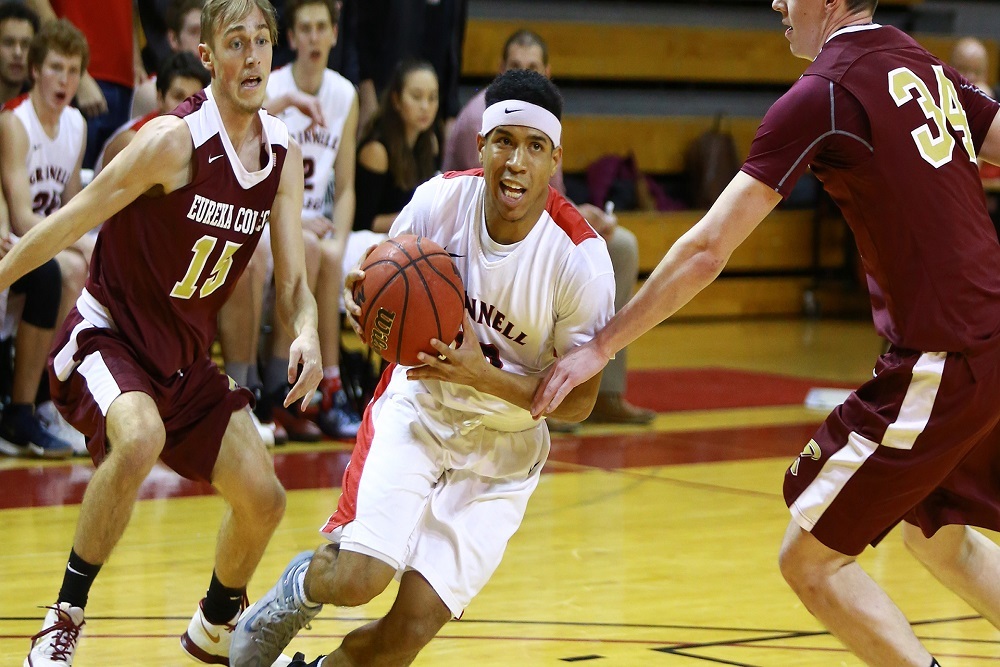 In a contest that saw an NCAA Division III record and an individual reach a milestone, the Grinnell College men's basketball team made a furious rally in the second half only to fall short in a 105-96 setback at Central College Tuesday night.

Will Dubow '21 tallied six rebounds and three steals and Griffin Boehm '19 and Brad Geiman '21 had six boards each. Geiman contributed five blocks and Morgan Walser '21 and Jacob Leder '20 two steals each. Leder's was a career-best total.

Central built a 56-36 halftime lead and went up by 22 early in the second stanza. That's when the Pioneers went to work. Trailing by 19 points a bit later, Grinnell erupted with an 18-3 run to close the gap to four.

Qualley began things with a 3-pointer and, after a Central bucket, Zachary Stice '21 and Johnson hit back-to-back treys. Central followed with a free throw when Derek Jones '22 made a 3-pointer, Curta sank a free throw, Kogelnik a trey and Johnson a layup to make it 68-64 with 11:25 left.

Grinnell got within four a few times after that, the final instance on Curta's traditional three-point play that made it 78-74, but Central gradually pulled away to improve to 1-3 on the season.

The Pioneers return to Darby Gymnasium Sunday with a contest against Wright State-Lake County. Tip-off is at 1 p.m.