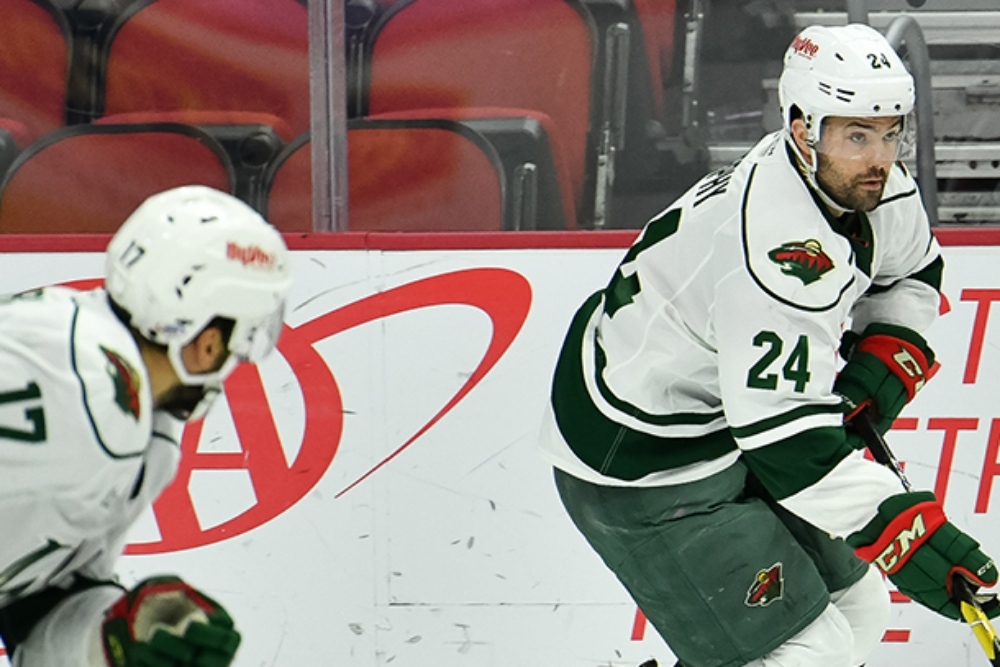 Iowa forward Gerry Mayhew opened the scoring with a shorthanded goal at 18:03 in the first period. Exiting the zone, Mayhew chipped the puck off the boards to himself to kick off a partial breakaway. Fighting off a defender, Mayhew went forehand-backhand before flipping the puck over the right leg of goaltender Patrik Rybar (20 saves) for his sixth goal of the season. The goal was the third shorthanded tally of the season for the Wild at home, which ranks second in the AHL.

At the end of the first period, the Wild led 1-0 while Grand Rapids outshot Iowa 16-6.

Grand Rapids tied the game with a goal off the stick of forward Axel Holmstrom at 3:28 in the second period. Holmstrom stood to the left of goaltender Kaapo Kahkonen (34 saves) when forward Givani Smith hit him with a pass from behind the net. Holmstrom caught the pass and immediately lofted the puck over Kahkonen’s shoulder stick side for the tally. Winger Dominik Shine also recorded his second assist of the season on the play.

With 1.3 seconds remaining in the middle frame, Grand Rapids made it a 2-1 game. After winning an offensive zone draw, defenseman Filip Hronek took a shot from the left point that was blocked by Wild center Colton Beck. Hronek followed it up with a shot that Griffins forward Colin Campbell deflected to teammate Matthew Ford. Ford then shoved the puck through Kahkonen’s five-hole for the score, giving the visitors a 2-1 lead.

Iowa knotted the game at 2-2 at 5:59 in the third period thanks to leading goal scorer Cal O’Reilly. Defenseman Matt Bartkowski threw a puck from the blueline back into the zone to maintain possession, which ricocheted off the skate of Griffins forward Dominic Turgeon. The puck then hit the left post, where O’Reilly poked it across the goal line and past Rybar for the score. It was his fifth goal of the season and 21st point of the year. Defenseman Ryan Murphy notched the secondary assist on the play.

Neither team found the back of the net for the rest of the period, forcing the Wild to head to its fourth overtime in its last five games.

After a penalty to defenseman Brennan Menell, the Griffins set up the power play in the Wild’s zone. Receiving a cross-ice feed from forward Carter Camper, Hronek one-timed a puck past Kahkonen blocker side for the 3-2 victory. Grand Rapids finished the game outshooting Iowa 37-22.

By earning a point Monday evening, Iowa extended its point streak to seven games, going 4-0-1-2 during that stretch. The team’s 28 points through the first 20 games of the season continues the best start in franchise history.

Iowa goes back on the road for a two-game series against the Colorado Eagles. Puck drop is scheduled for 8:00 p.m. CT Friday evening.