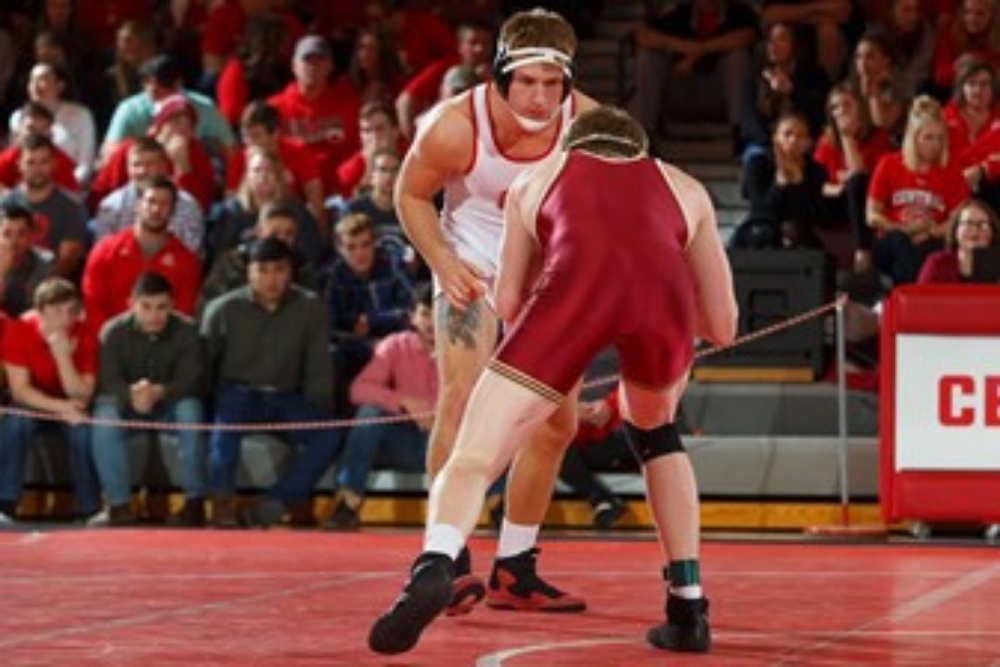 Piling up the points early and often, the Central College wrestling team streaked past Augustana College (Ill.) in a 46-4 win
Starting with a forfeit at 125 pounds for Chase Poston (freshman, Olympia, Wash.), Central won the first nine matches of the night, including four pins, a technical fall and a major decision.

"We've got a pretty consistent team right now," coach Eric Van Kley said. "We get a few wins and some bonus points and the guys start to feed off of each other. They can be contagious throughout the lineup."

"We've really put a greater emphasis on that this year," Van Kley said. "We want to attack the win but also attack the pin and get the bonus points."
Babcock is now 7-0 on the season, including four wins by fall in the first period.

"He's a killer," Van Kley said. "We've always thought he had that potential and now he's showing it. Especially out of a bigger weight, it's big for us. He's a pretty dynamic guy to watch wrestle."

The Dutch return to the Milwaukee School of Engineering Invitational on Saturday, a tournament which they have won four years in a row. North Central College (Ill.) and Elmhurst College (Ill.) have been added to the tournament, improving the quality of the field. A second group of athletes will compete at the Buena Vista Open in Storm Lake

"The MSOE Invitational will be tougher than it's ever been," Van Kley said. "We're going to get a great challenge. It'll also be good to get some of those younger guys some matches before Christmas at Buena Vista.