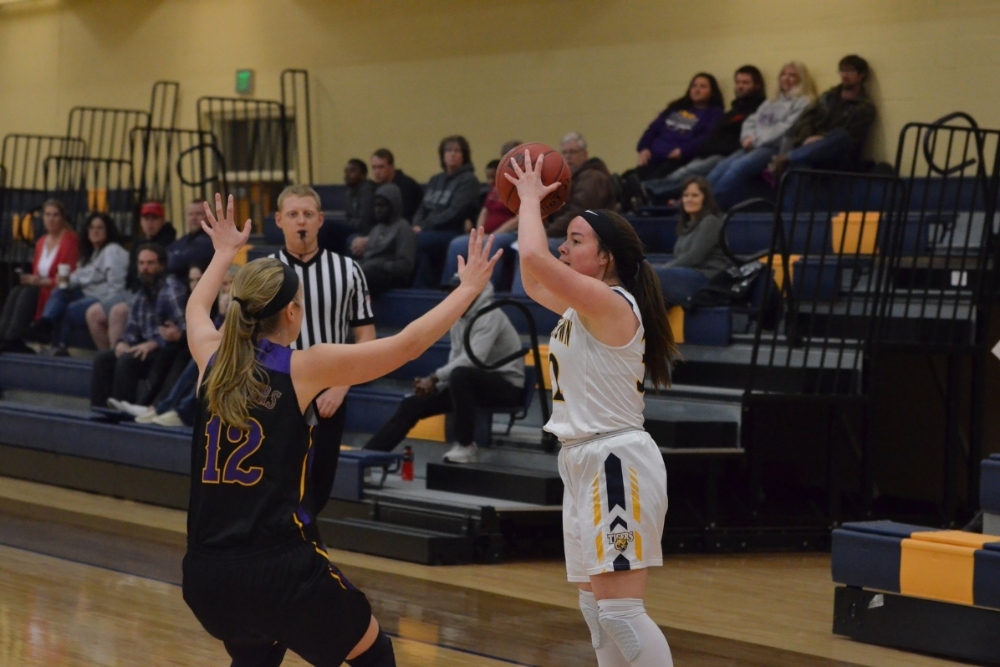 The DMACC Women's Basketball Team made things interesting when they visited MCC for a 5 PM matchup on November, 28 for a 5 PM matchup. The matchup between the Bears and the Tigers was an important game for both teams as they look to discover identities for their teams as both teams have shown glimpses of promise this season, but both teams have also struggled at times throughout the early portion of their schedule. By the end of the night, the Tigers were feeling a little better about themselves moving forward.

The opening two quarters of play showed two evenly matched teams going at it. The first period saw the Tigers open up a small lead at 13-10. The second quarter was also evenly played as both teams scored 12 points in the frame. Heading to the locker room, MCC held a narrow 25-22 lead.

That's when the even play stopped though. The Tigers came out swinging in the third quarter. Three-point shooting has been a weakness for the Tigers in the early season, but not in the third. 12 of the teams 21 third quarter points came from beyond the arc as they shot 4-7 from distance. Meanwhile, the Bears were held to single-digit points with nine.

The Bears entered the fourth quarter down by 15 and in desperation mode. Not only would they have to produce their highest scoring output of the night, but they'd have to play stingy defense to get within striking distance. Entering into a full-court trapping press, the Bears quickly clawed their way back into the game by forcing turnovers and knocking down shots. A three-point shot by Emma Rouse with 6:36 left to play capped a 13-4 run to open the quarter and brought the Bears to within six.

The Tigers weren't going to fold though as they scored consecutive buckets to extend the lead back to ten with 4:51 remaining. Back to back turnovers by the Tigers led to DMACC scores to bring energy back to their side. After some more back and forth play, the Bears had closed to within two at 26-28 with just 29 seconds left to play.

A DMACC foul put freshman Dana Stokes at the line for the Tigers. Stokes stepped to the line and confidently knocked down the pair from the charity strip to extend the lead to four. Unfortunately for the Bears, they couldn't find a bucket in the last 26 seconds as they went 0-3 from the field and the Tigers escaped with a 60-56 win.

Eva Caballo and Dana stokes led the attack for the Tigers as they scored 20 and 16 respectively.  Laurin Lyons led both teams in rebounds with nine.

Head Coach, Steve Garber, had this to say about his young team: "Though it was a very good win for us tonight, I was most pleased with the development of our composure during the entire night. I saw some skills that we've been looking for all season and I hope we can continue to build upon the skills we emphasize daily. We need to continue the growth so we improve our teams' ability to succeed as the season continues."

The Tigers are back in action on Saturday, December 1 when they travel to Southeastern Community College.