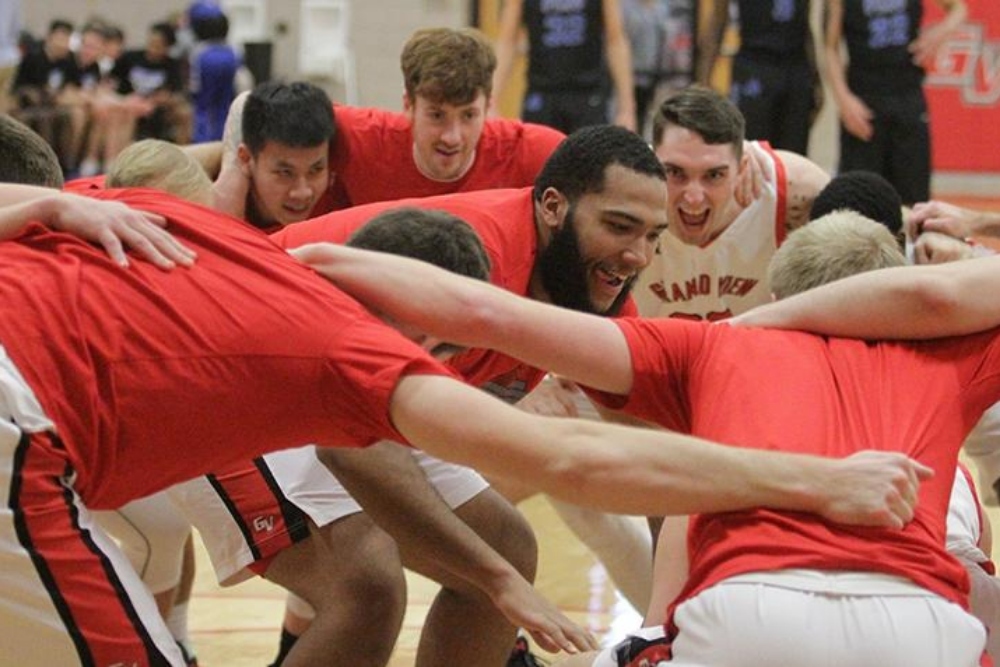 Every member of the Viking squad saw significant playing time.

Grand View dominated from the onset as they began the game on a 19-6 run.

The Vikings were able to get to the rim and score at will. The first half saw them shoot 69% from the floor. Grand View only shot 4 three-point attempts in the first period and they made 1. The Vikings' also only turned the ball over 3 times compared to 15 assists.

Grand View's defense was equally impressive. They held the Eagles to 21% shooting from the field and forced them into 12 turnovers.

The combination of great offense and defense provided the Vikings with a 53-16 advantage going into the halftime locker room.

The second half was much of the same. The starters began the second period by going on an 11-0 spurt.

The Vikings weren't as efficient scoring the ball as they were in the first half, but they made up for it with their three-point shooting. Grand View was 53% from the field and 47% from long range.

The defense continued to hold strong as well. It kept the Eagles shooting 23% from the floor in the second period.

KEYS TO THE GAME…

The Vikings dominated in every facet of the game. They outshot the Eagles 61% from the floor and 42% from deep, while their opponents went 22% and 27% respectively.

Grand View shared the ball extremely well. They dished out 30 assists on 44 made shots. They also only committed 9 turnovers.

All Vikings saw playing time in the contest, and all but two players entered the scoring column.

Jay Chen (SO/Taipei, Taiwan) scored 12 points while going 5/8 from the field. Chen connected on both of his three-point attempts.

Kory Kuenstling (SR/Dunkerton, Iowa) was the final Viking to reach double figures. Kuenstling ended the night with 10 points, 3 rebounds, and 2 blocks. The senior threw down 3 dunks on the evening.