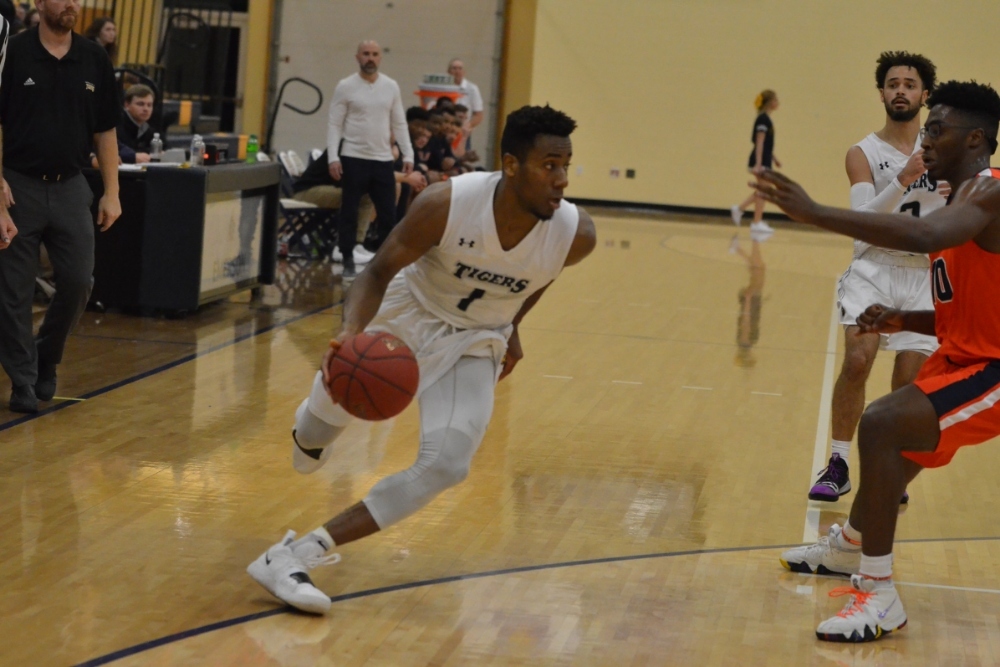 The score was tied 73-73 with 3:56 left in the game when Kelton Edwards went to the free-throw line for the Tigers. The Tigers had been trailing the hosting Iowa Lakes Lakers virtually all night. Just six minutes earlier, the Lakers had opened the lead up to eleven. But the Tigers had kept fighting and now were in a position to take the lead.

Edwards converted the two free-throw attempts and the Tigers lead 75-73. The two point lead with 3:56 left was tied for the largest Tiger lead of the game with their 4-2 lead in the opening minutes of the game. The next 3:56 would be eventful and back and forth. It was filled with some great individual and team play. But nobody would come up bigger for either team that Kelton Edwards. Edwards, who finished with a game-high 32 points scored 11 of the Tiger's 16 points in the final 3:56 and helped propel MCC over Iowa Lakes 89-85.

The play of Edwards and the free-throw discrepancy were the story of the game. While Edwards led both teams with 32 points, Eduardo Lane was the next highest scorer for the Tigers with 14. The Lakers were led in scoring with 14 by Kevin Jennings off the bench. Additionally, the Tigers shot a remarkable 28-31 from the free-throw line. The Lakers also shot a very good percentage from the free throw line, but didn't get to the line as often as they finished 14-15 from the charity stripe.

The win moves the Tigers to 8-6 on the year. The Tigers are back in action this weekend as they travel to Highland Community College in Illinois for a two day tournament.