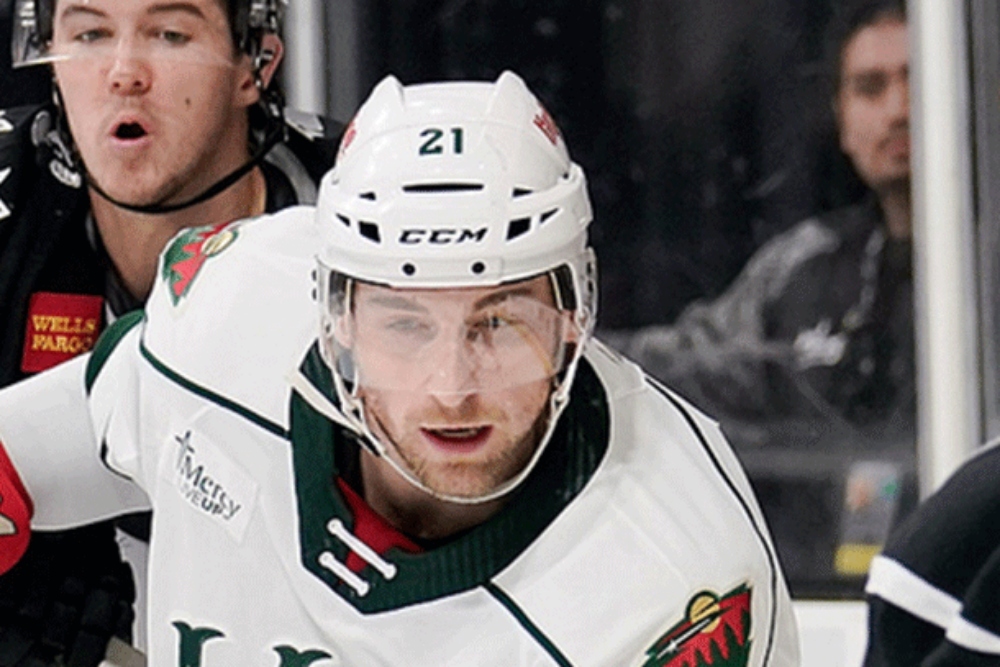 Defenseman Brennan Menell recorded his first goal of the season with a snipe on goaltender Jared Coreau (20 saves) at 8:28 in the first period. Skating down the right side of the ice, Menell unleashed a shot and went bar-down on Coreau’s blocker side. Forwards Will Bitten and Mitch McLain earned the assists on the play.

San Antonio evened the game up at 1-1 at 13:10 in the first period. After a Rampage face-off win, forward Mackenzie MacEachern one-timed a pass from forward Austin Poganski and beat goaltender Kaapo Kahkonen (23 saves) for his eighth of the season. Forward Ryan Olsen also earned an assist on the play.

The Wild took a 2-1 lead at 14:12 in the opening frame as defenseman Carson Soucy notched his second goal of the year. Forward Gerry Mayhew hit Soucy with a pass and with an open lane, he beat Coreau glove side for the tally. Forward Matt Read also earned a helper.

At 18:58 in the first period, the Rampage once again tied the game. Defenseman Mitch Reinke received a pass from winger Bobby MacIntyre and immediately put a shot on net. Kahkonen made the save, but the rebound went right to Olsen in the left face-off circle, who buried his shot for a power-play tally, moving the game to 2-2.

Through the first period of play, the score was tied 2-2 and San Antonio led in shots 14-6.

San Antonio took a 3-2 lead just 50 seconds into the period when forward Joey LaLeggia notched his fourth goal of the season, coming on the power play. LaLeggia wristed a shot over Kahkonen’s shoulder short side for the score, with defenseman Chris Butler and forward Trevor Smith getting the assists.

Iowa knotted the game at 3-3 at 6:56 in the middle stanza thanks to forward Sam Anas’ fourth goal of the season. After catching a pass from Bitten, forward Dmitry Sokolov rushed down the left side of the ice before cutting through the slot for a shot attempt. He was stopped by Coreau, but fresh off the bench, Anas followed up the shot and tucked it home for the score.

Just 22 seconds later, the Rampage once again took the lead. Reinke ripped a shot from the blueline that deflected off the skate of forward Conner Bleackley and past Kahkonen for his fourth of the season. MacIntyre recorded his second assist of the game on the play.

At 8:10 in the middle frame, San Antonio extended its lead to 5-3 when MacEachern potted his second goal of the game. Reinke took a shot from the point that MacEachern tipped up over Kahkonen’s shoulder and into the back of the net. Olsen registered the secondary assist on MacEachern’s goal, his third point of the night.

Soucy cut into San Antonio’s lead to make it a 5-4 game at 9:32 in the third period. After a give-and-go play with Mayhew, Soucy snapped a shot between the legs of Coreau, giving him the first multi-goal effort of his career. Forward Kyle Rau also logged an assist on Soucy’s goal.

The 5-4 score held and San Antonio set a franchise record with its eighth consecutive home win, giving the Wild back-to-back regulation losses for just the second time in the 2018-19 campaign. Iowa went 0-for-2 on the power play and 1-for-3 on the penalty kill, the latter snapping a streak of 25 consecutive successful kills. Final shot totals were 28-24 in favor of the Rampage.