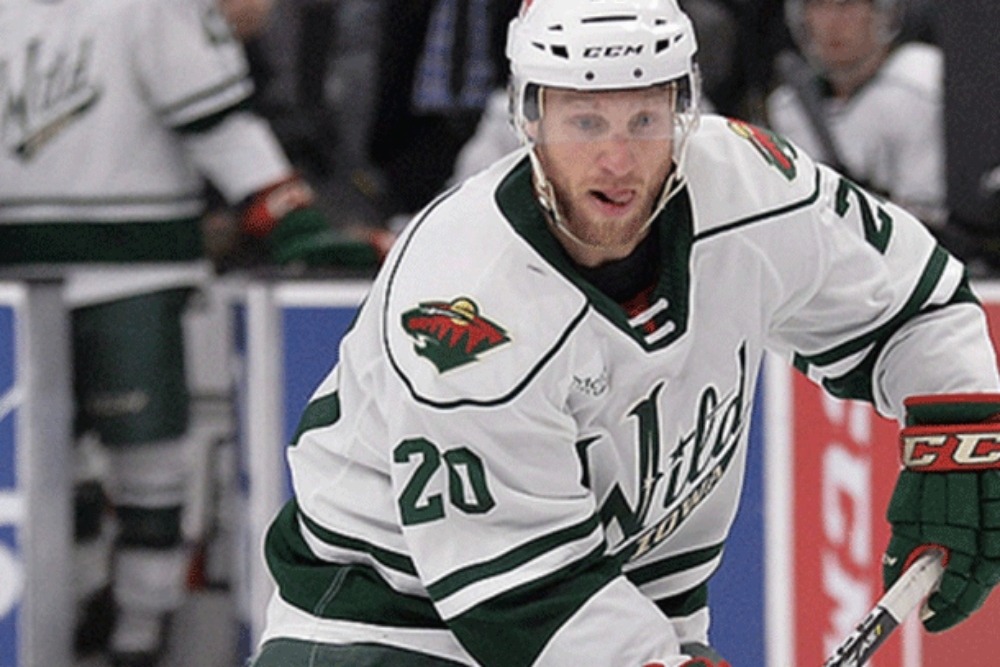 For the fourth consecutive game and the seventh time in the last eight contests, Iowa scored first as forward Gerry Mayhew potted his 10th of the season. Forward Matt Read skated the length of the ice before tossing the puck into the slot for Mayhew, who chipped it over the left pad of goaltender Jared Coreau (32 saves) for the score. Forward Justin Kloos recorded the secondary assist for his 16th of the year.

San Antonio responded just 29 seconds later, tying the game at 1-1. After receiving a pass from forward Joey LaLeggia, forward Connor Bleakley beat goaltender Andrew Hammond (23 saves) over his glove for his second goal in as many games and his fifth of the season. Defenseman Jakub Jerabek recorded his third assist of the year on the play.

At the end of the first period, the score was tied 1-1 with Iowa leading 11-9 in shots.

Rampage forward Jordan Kyrou gave San Antonio a 2-1 lead at 6:24 in the second period. With an odd-man rush, forward Trevor Smith shuttled a pass over to Kyrou in the slot, who then wristed the puck over the glove of Hammond for his seventh point in the four games against the Wild this season. Defenseman Niko Mikkola also earned a helper.

Forward Jordan Nolan extended San Antonio’s lead to 3-1 at 7:35 in the final frame. Defenseman Chris Butler took a shot from the left side of the blueline that deflected off a Wild player. Nolan knocked the puck out of mid-air past Hammond for the score, with Jerabek registering his first multi-assist game of the season with a secondary assist.

Nolan’s goal iced the game as San Antonio defeated Iowa 3-1 for its fourth consecutive victory against the Wild this season, all coming at AT&T Center. Final shot totals were 33-26 in favor of Iowa. The Wild went 0-for-4 on the power play and 5-for-5 on the penalty kill.

Iowa heads to Cedar Park to take on the Texas Stars Saturday evening. Puck drop is scheduled for 7:00 p.m.