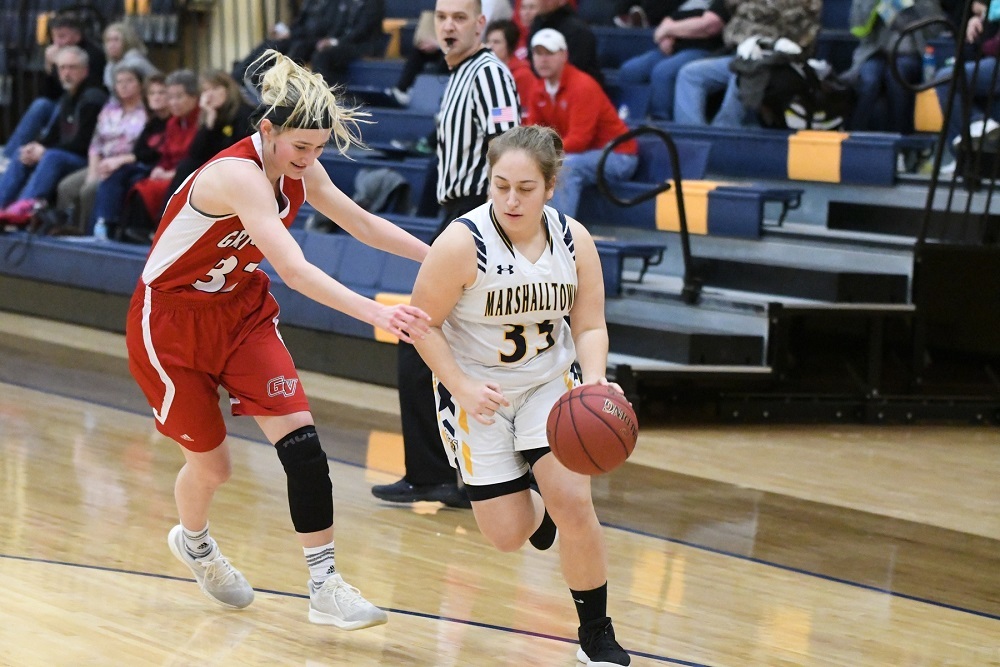 The Marshalltown Community College Women's Basketball Team hosted Grandview JV at the Student Activity Center on Tuesday, January 15 for a 6 PM contest. The Tigers came into the matchup with a record of 5-11 and looking to pick up their first win of the new year. The Tigers were 0-2 since coming back from semester break entering the game and were on a four game losing streak dating back to before the break.

As the game wore on, the size of the Vikings came into play. Both as a team and as individual players, the Vikings had the advantage in size. With two players out due to injury, the hosting Tigers were limited to seven players. On the other hand, the Vikings played twelve players. The Vikings used this to their advantage to constantly platoon fresh players into the lineup to go against the fatigued Tigers. The height advantage for the Vikings proved fruitful as well as they out rebounded the Tigers 45-25. Grand View was able to score 46 points in the paint and 23 second chance points to the 24 MCC paint points and 10 points off of offensive rebounds.

In the end, the Vikings proved too much for the Tigers. After one quarter, the Tigers trailed by seven, then 14 after two quarters, 22 after three quarters, and 24 after four quarters. There were no big runs by the Vikings. Just steady and consistent play that gradually created separation on the scoreboard. The final score was MCC: 62, Grand View: 86.

Clara Solsona was a spark for the Tigers off the bench as she scored 16 points on 5-9 shooting and 4-6 from distance. Eva Carballo created chaos on defense with four steals and one block. And Laurin Lyons led the effort on the boards for the Tigers with eleven rebounds.