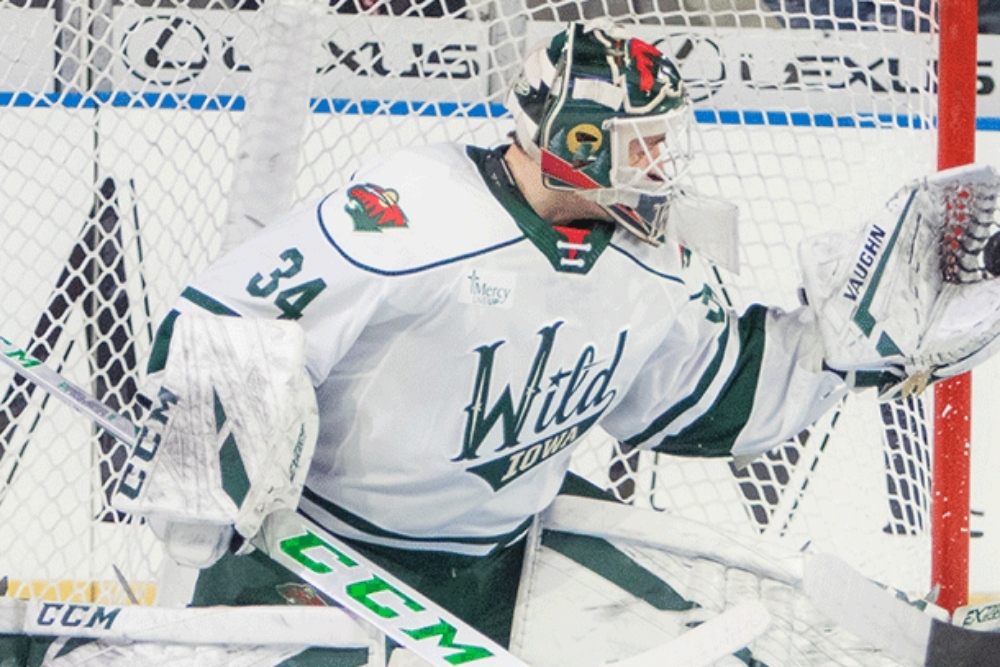 Kahkonen made 16 stops across three different events in the competition, becoming the first Wild player to receive an award at an AHL Skills Competition. Kahkonen’s started off making eight of 10 saves in the AHLTV Rapid Fire event, which was tied for the most stops for the contest.

During the Western Mass Sports Commission Pass and Score portion of the evening, Kahkonen stopped all three attempts by the Eastern Conference, making two major saves; one with his right pad and one with his glove.

Kahkonen capped off the event by going 5-for-5 in the MGM Springfield Breakaway Relay. He was the only goaltender in the competition to stop every attempt and solidified the victory for the Western Conference.

Forward Cal O’Reilly participated in three events for the Western Conference. He opened up the evening by competing in the Inglasco Puck Control Relay, falling to Springfield’s Anthony Greco.

In the Pass and Score, O’Reilly and his teammates failed to put one past Binghamton’s Mackenzie Blackwood but in the Breakaway Challenge, O’Reilly snapped a shot glove side to beat Thunderbirds goaltender Sam Montebeault for a tally.

The league’s mid-season showcase wraps up Monday night at 7 p.m. ET with the 2019 AHL All-Star Challenge, a round-robin tournament among the league’s four divisions played at 3-on-3. The All-Star Challenge will air live across the United States on NHL Network, across Canada on Sportsnet ONE and on the internet at AHLTV.