IOWA WILD: Iowa gets back in the win column with 4-2 victory against San Jose 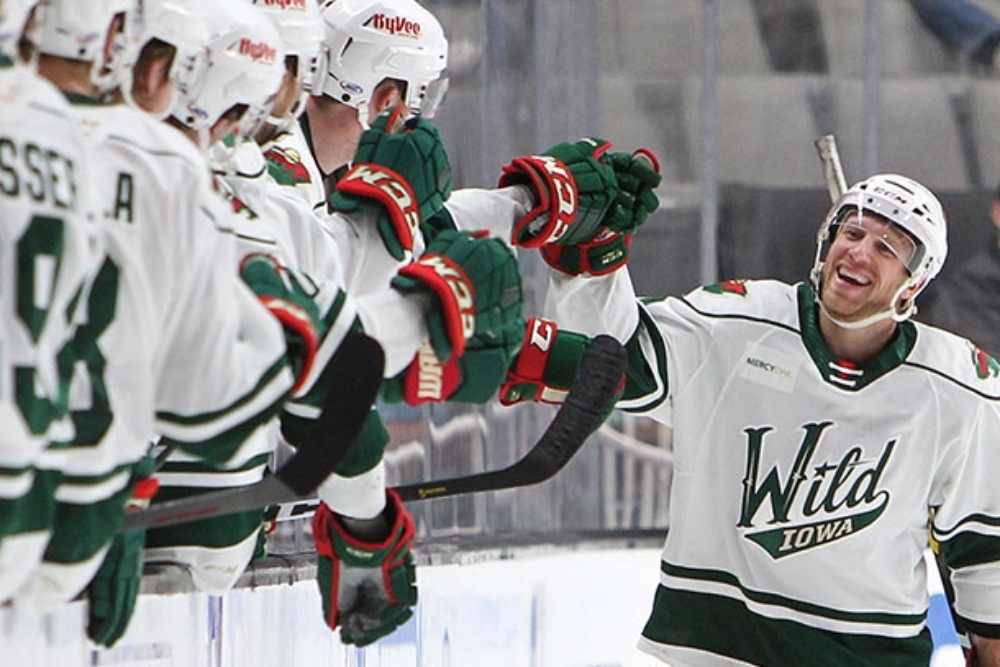 Iowa took a 1-0 lead as defenseman Louie Belpedio potted his fifth goal of the season at 12:19 in the first period. While on the power play, Belpedio caught a pass from forward Dmitry Sokolov and beat Barracuda goaltender Josef Korenar (34 saves) for the tally. Defenseman Michael Kapla earned his first point in a Wild sweater with the secondary assist.

Wild forward Gerry Mayhew gave the visitors a 2-0 lead with his 14th goal of the season. Forward Will Bitten forced a turnover at the Barracuda blueline and sent a pass to Mayhew in the top of the slot. Mayhew one-timed the pass blocker side past Korenar at 8:14 in the second period.

Just 78 seconds later, Iowa forward Colton Beck made it a 3-0 game. Forward Matt Read carried the puck into the offensive zone and took a shot from the left point. Korenar made the save, but Beck roofed the rebound for his 13th of the season. Kapla recorded his second assist of the game on the play, his first multi-assist game since Oct. 12.

San Jose finally got on the board at 10:38 in the second period, putting the game at 3-1. Forward Maxim Letunov caused a turnover in the offensive zone and shuttled a pass to forward Matt Fonteyne in the left faceoff circle. Fonteyne one-timed the shot through the five-hole of goaltender Kaapo Kahkonen (24 saves) for the tally.

The Barracuda cut into Iowa’s lead once again, scoring a goal with Korenar pulled at 17:05 in the third period. San Jose won an offensive zone draw and defenseman Nicholas DeSimone beat Kahkonen high blocker side for his eighth of the year. Forward John McCarthy recorded the assist on the tally.

At 18:41 in the final frame, Mayhew notched his second of the game with an unassisted empty-net tally, securing the 4-2 victory and giving him 15 goals on the year, which leads the team. When the final horn sounded, Iowa registered its first road win against the Barracuda in team history.

Iowa finished the game outshooting San Jose 38-26, going 1-for-3 on the power play and 2-for-2 on the penalty kill. With the win, the Wild leapfrogged Chicago to move into second place in the Central Division. Kahkonen also earned his first road victory since Dec. 1 in the victory.

The Wild returns home for a two-game series against the San Antonio Rampage. Puck drop is at 7:00 p.m. Friday evening.