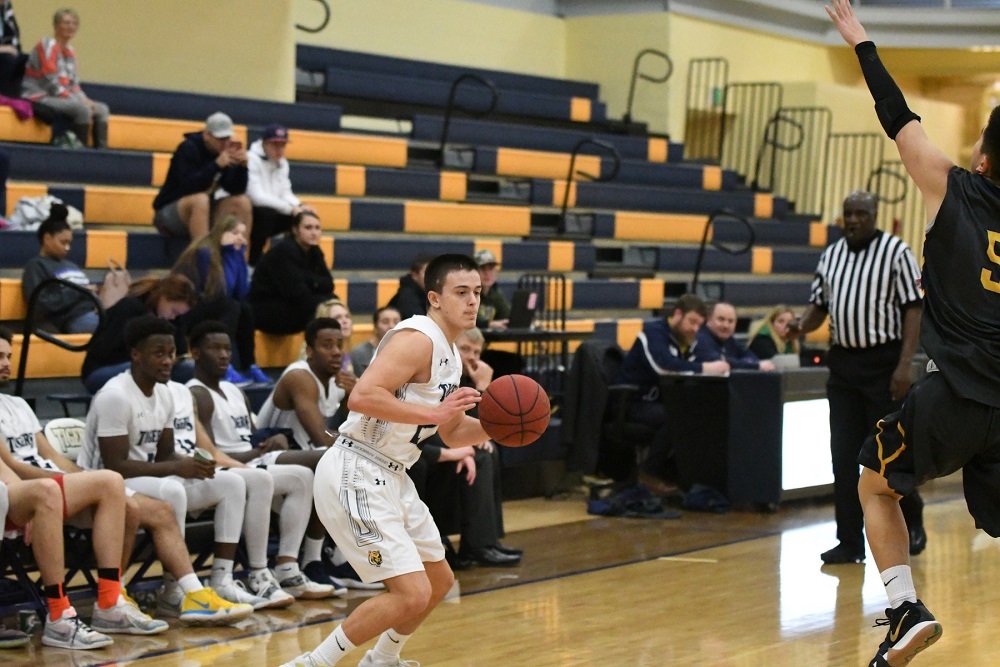 The disparity in talent was obvious from the opening tip. MCC opened the game up with a made three-point bucket and would never trail. After opening up a 21-4 lead in the first five minutes, the Tigers were able to platoon all thirteen of their healthy players. No Tiger played more than 19 minutes and everybody played at least 9.

With a 44 point halftime lead, 66-22, everybody in the gym was having a good time with the exception of the eight Graceland players and one Yellowjacket coach. With both MBB and WBB on losing streaks, it had been since January, 9 that the home fans had a whole lot to cheer about. As the game went on, that near month worth of pent up cheering was exuded by the fans in attendance especially as the role players for the Tigers saw extended time.

All thirteen Tigers scored in the game as JJ Foster and Goran Vidovic led the team in scoring with 16 points apiece. Edvin Tadesjo led the home team with eleven rebounds and Foster led the way in assists with seven dimes. Meanwhile, the Yellowjackets were led in scoring by Alvin Dudley, who had a game-high twenty.

The Tigers will look to keep the momentum when they look for their first conference win of the season when they host Southeastern Community College on Saturday, January 9.