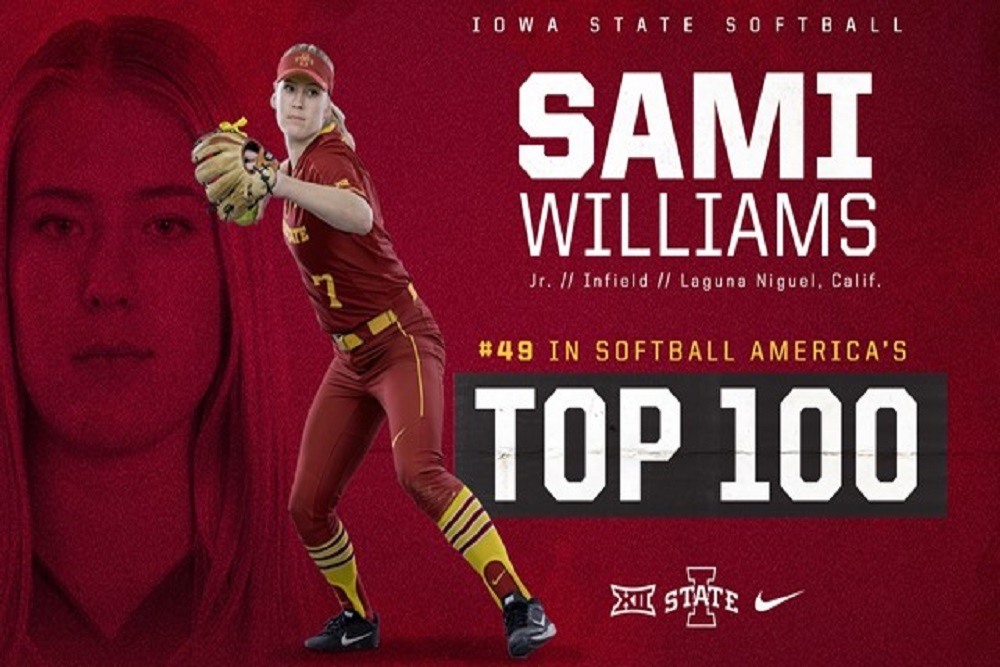 Iowa State junior Sami Williams was named to Softball America's Top 100 list, the organization announced on Thursday. Williams, an infielder, checks in as the No. 49 player in the country.

Williams is coming off a Second Team All-Big 12 season as a sophomore, in which she hit .388 (No. 6 single-season batting average in school history), to go with 12 home runs and 14 doubles. Williams was also named to the 2018 Google Cloud Academic All-America Division I Softball Team, selected by the College Sports Information Directors of America (CoSIDA). Williams maintained a 4.0 GPA in software engineering.

Williams will look to continue to climb the ISU career record charts during her junior campaign. The native of Laguna Niguel, Calif., is already No. 2 on Iowa State's all-time list in batting average (.376), No. 4 in doubles (34) and T-No. 7 in home runs (20). She needs eight more doubles to break the program record held by Lexi Slater (41 - 2012-15).

The Cyclones open their season on Friday at the JoAnne Graf Classic in Tallahassee, Fla. Iowa State will battle UNC-Greensboro at 9 a.m. CT, followed by a 4:30 p.m. battle against No. 1 Florida State.