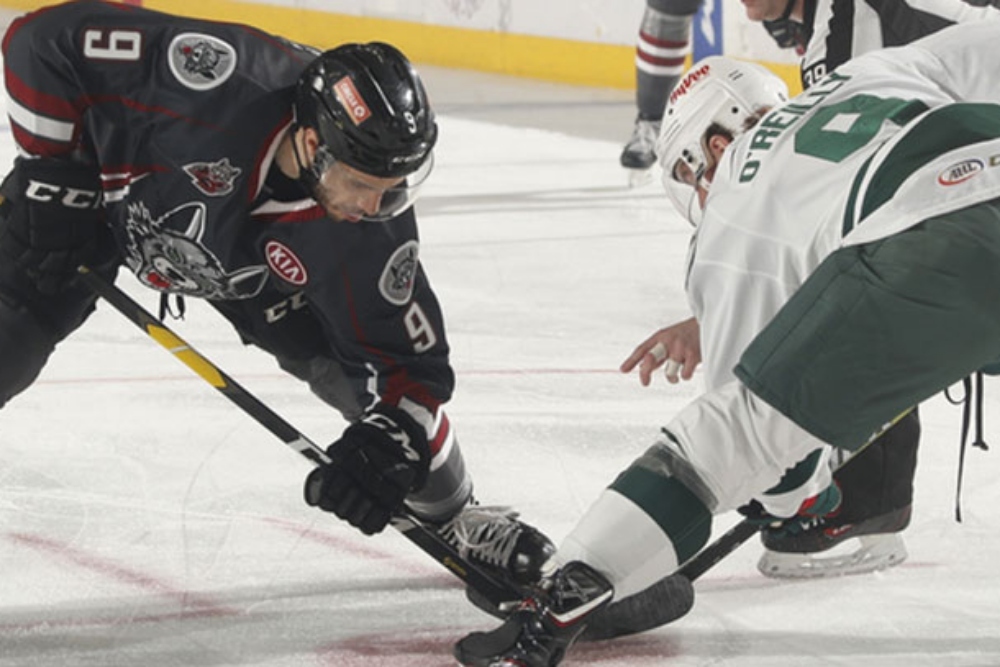 Chicago took a 1-0 at 7:24 in the first period, giving the team 33 first goals on the season, tied with the Wild for the most in the AHL. Forward Brooks Macek took a shot from the top of the right faceoff circle that beat goaltender CJ Motte (11 saves) over his right shoulder for his 21st of the season. Forwards TJ Tynan and Curtis McKenzie earned the assists on the tally.

JT Brown extended his goal streak to three games when he evened the game at 1-1 at 4:30 in the second period. Standing on the far post, Brown caught a pass from forward Mason Shaw and put the puck past goaltender Max Lagace (31 saves) for his third tally of the season. Defenseman Nate Prosser recorded his first point in an Iowa Wild sweater with the secondary assist.

Through 40 minutes of play, Iowa and Chicago were tied at 1-1 with the Wild holding an 18-9 shot advantage.

Neither team scored in the third period, giving the Wild the teams second consecutive overtime game. Heading into the extra frame, Iowa led in shots 30-11.

In the extra frame, Chicago forward Erik Brannstrom logged his seventh goal of the season, capitalizing on a 3-on-1. Brannstrom one-timed a pass from forward Daniel Carr past Motte, giving the Wolves a 2-1 overtime win.

The Wild finished the game outshooting the Wolves 32-13 and went 0-for-2 on the power play and 4-for-4 on the penalty kill. The 13 shots allowed by the Wild is the lowest mark in a single game in franchise history.

Iowa returns to Wells Fargo Arena for a three-game homestand, starting with a contest against the Texas Stars Tuesday evening. Puck drop is scheduled for 7:00 p.m.