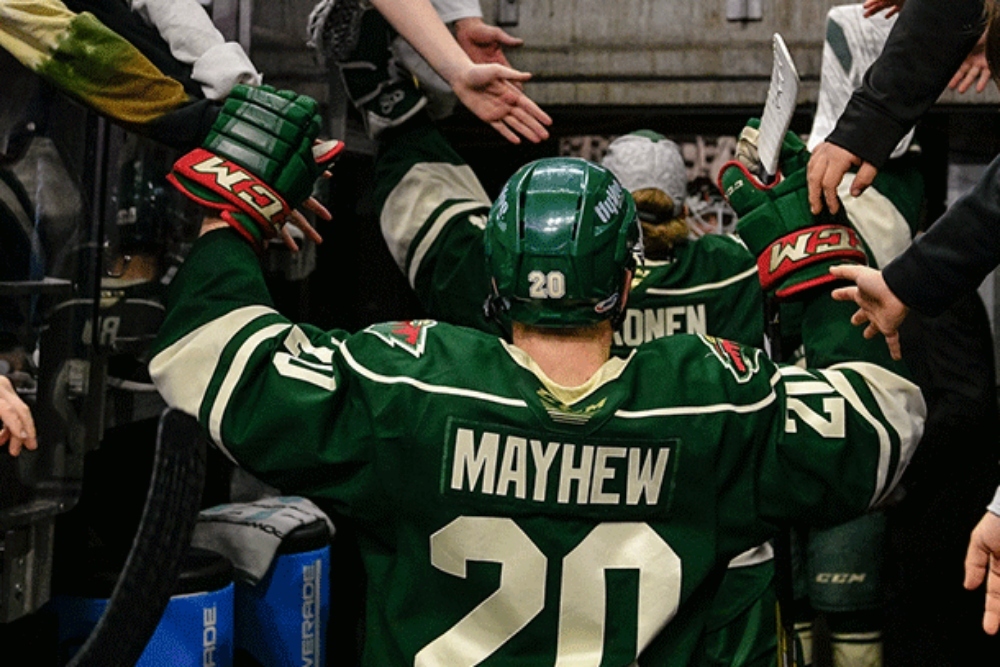 Wild forward Will Bitten scored first for Iowa, giving the home team a 1-0 lead at 15:28 in the first period. Along the right half-boards, forward Cal O’Reilly left the puck for defenseman Nate Prosser, who threaded a pass to Bitten in the slot. Bitten’s initial attempt was stymied by goaltender Ville Husso (14 saves), but the rebound kicked right back out to the rookie forward and he buried his second chance for his seventh of the season.

At the end of the first period, Iowa led 1-0 while San Antonio outshot the Wild 10-7.

The Rampage knotted the game at 1-1 at 11:25 in the middle frame. Forward Klim Kostin missed on a give-and-go from forward Ryan Olsen right in front of Andrew Hammond (25 saves) that created a mad scramble in front of the Wild net. Forward Jordan Kyrou’s bids were blocked, but Kostin eventually knocked the puck across the goal line for his eighth of the season.

Just 32 seconds later, the Wild responded as O’Reilly potted a power-play goal to give Iowa a 2-1 lead. Forward Sam Anas sent a pass down low to forward Kyle Rau, who immediately spun and sent a backhanded pass to O’Reilly crashing the far post. O’Reilly then rifled a shot top-shelf for his 13th of the year.

Rau pushed Iowa’s lead to 3-1 at 2:12 in the third period. On the power play, defenseman Brennan Menell went D-to-D with Anas at the blueline, who then shuttled the puck down low to Rau. Rau curled in front of Husso before tucking the puck behind his outstretched pad for the goal.

Rau then iced the game at 17:21 in the final frame for his third point of the night and team-leading 22nd goal of the season. Forwards Mason Shaw and Matt Read earned the assists on the play that gave the Wild a 4-1 lead.

After the final seconds ticked off, Hammond earned his fourth consecutive victory, his longest win streak of the season, and now has wins in six of his last seven outings. O’Reilly extended his point streak to five games and has 12 points (3g, 9a) during that stretch, which leads the AHL. Rau’s nine points (6g, 3a) since March 2 is second-most in the league, trailing only O’Reilly.

Iowa finished the contest 2-for-4 on the power play and 4-for-4 on the penalty kill. Shot totals favored San Antonio 26-18. With the 4-1 win, Iowa moved into a tie for second place in the Central Division with the Grand Rapids Griffins.

The Wild and Rampage meet again Friday night to complete the two-game series. Puck drop is scheduled for 7:00 p.m.