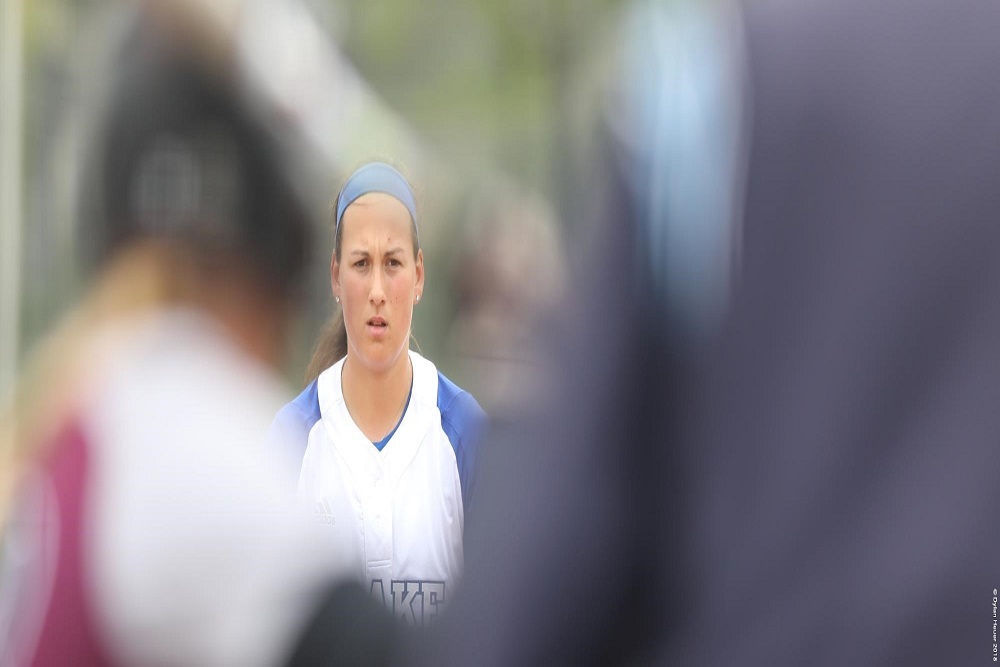 Newman continued her domination in the circle with another perfect game, this one coming in a 10-0 five-inning win in the first game of the series. Newman, who threw her first career perfect game just last week, struck out the first seven Crusaders as they didn't put a ball into play until a two-out groundout in the fourth inning. She allowed just three balls in play (two flyouts, one groundout), finished with 12 strikeouts and moved past 1,000 career strikeouts in the perfect game. She has struck out 10 or more batters in six consecutive starts.

In the second victory, Newman earned her second-straight win of the day with three strikeouts in 1.1 innings of relief. She then closed the series Sunday with three innings of relief and struck out nine of the 10 batters she faced and allowed just one walk and earned her league-high fourth save. Overall, Newman pitched 9.1 innings in three appearances, earned two wins and allowed zero hits and one walk with 24 strikeouts. She is 14-6 with a league-leading 1.26 earned run average and 221 strikeouts, which ranks second in the nation. Newman has won the top weekly award 15 times in her outstading career.

Newman and her teammates host UNI Tuesday night in a 4 p.m. doubleheader at Buel Field. Both games will be streamed on ESPN+.