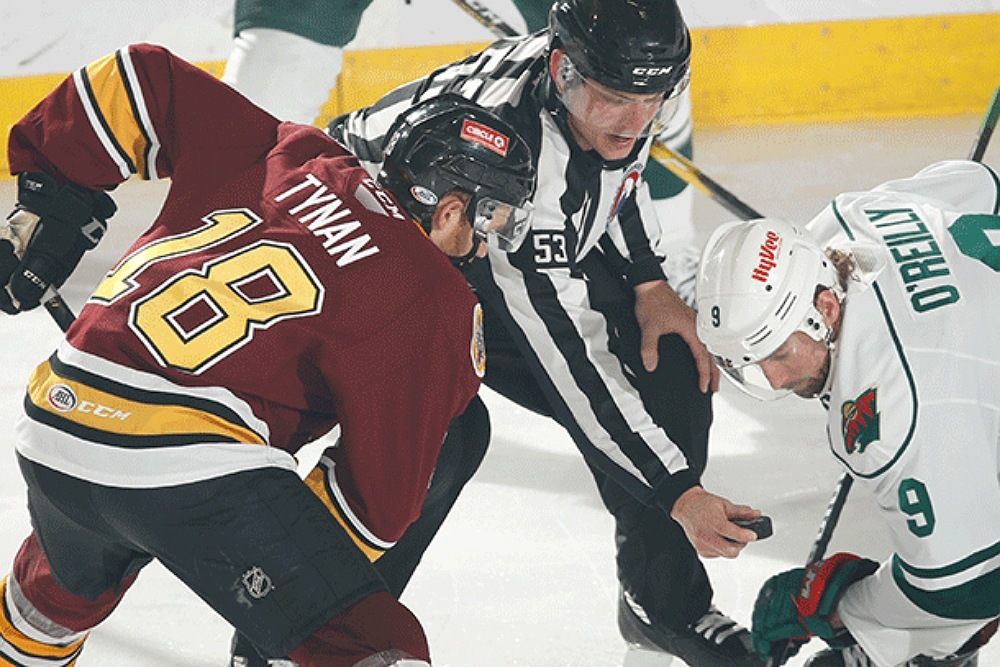 Iowa Wild issued the following announcement on May 2.

Iowa Wild (3-3) dropped the opening contest of the Central Division Final, falling in overtime to the Chicago Wolves (4-2) by a score of 3-2 Wednesday night.

Chicago gave itself a 1-0 lead at 14:24 in the first period. Defenseman Jake Bischoff took a slap shot from the left point that was tipped by forward Daniel Carr. Sliding to the right, goaltender Andrew Hammond (26 saves) made the initial stop, but forward Brooks Macek picked up the rebound and slipped it into the open net.

With 1:10 remaining in the opening frame, forward Gerry Mayhew evened the game at 1-1. Forward Sam Anas received a pass from defenseman Hunter Warner and proceeded to weave through the Chicago defense into the attacking zone. He slid a pass to Mayhew, who rifled a puck from the right faceoff circle over the glove of Oscar Dansk (26 saves) and into the back of the net.

At the end of the first period, the score was tied 1-1 with shots favoring Chicago 10-5.

Mayhew potted his second of the game to give the Wild a 2-1 lead at 16:32 in the middle stanza. Defenseman Carson Soucy caused a turnover at the Wild’s blueline, springing Mayhew and forward Will Bitten for a 2-on-1. Mayhew held onto the puck, cut into the slot, then wristed a shot top shelf for his sixth tally of the postseason, which leads all skaters.

The Wolves tied the game at 2-2 at 6:28 in the third period. Defenseman Nic Hague blocked a clear from the Wild and ripped a slap shot from the top of the right circle, beating Hammond below his glove. His unassisted tally was his second of the postseason.

The score remained deadlocked at 2-2, forcing the teams to overtime. Chicago led in shots 22-18 heading into the extra frame.

Chicago took Game 1 with the overtime winner, scoring with just 1:21 remaining in the extra frame. Rookie forward Cody Glass received a pass in the slot from forward Tye McGinn and one-timed it past Hammond stick side for his third of the postseason.

Final shot totals favored Chicago 29-28. Iowa went 0-for-3 on the power play and 4-for-4 on the penalty kill. Wednesday’s game was the first time this postseason the Wild failed to score at least one power-play goal.

The two sides return to the ice tomorrow night at Allstate Arena. Puck drop is at 7:00 p.m.