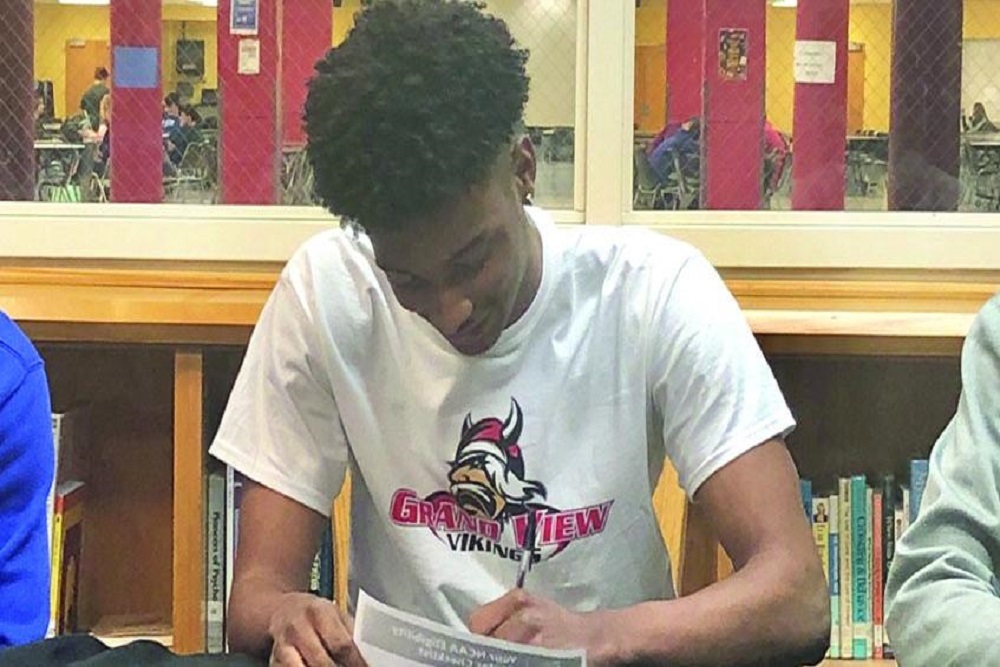 Grand View University issued the following announcement on May 22.

Shazor who comes from Lawrence, KS will be a freshman next year for the Vikings. Shazor is a 6'6 shooting guard who throughout his varsity career averaged 13.5ppg, 8.3rpg, 6.5apg, 3.3spg, and 2bpg. As a junior Shazor was named defensive player of the year and named most improved for his high school team. He was also named All-City honorable mention as well as All-State honorable mention. Shazor's senior campaign was cut short due to injury.

"Savonni is a great addition to our program. He is very talented and we cannot wait to have him on campus this fall. We look forward to working with Savonni on the court, in the classroom, and in the community", Coach Denis Schaefer has to say about Savonni.

Savonni is the son of Kaysee Barber. He plans to study business while attending Grand View.