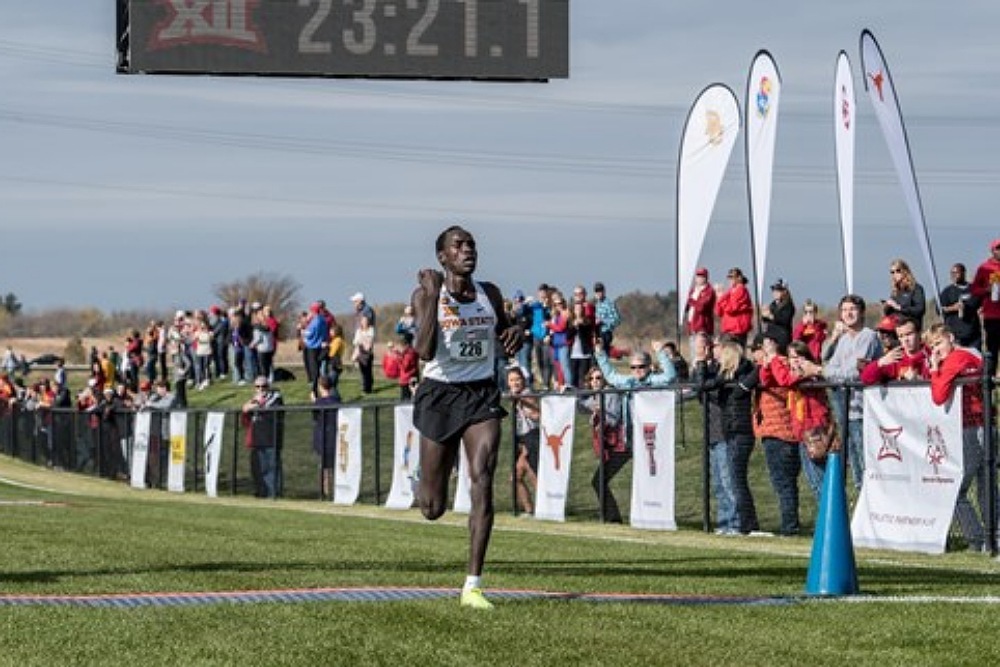 Iowa State cross country and track and field All-American, Edwin Kurgat, was recognized today by the Iowa State Athletics Department as the recipient of the 2019 Gary Thompson Iowa State Male Athlete of the Year award.

Kurgat had a historical Cross Country season. He became Iowa State's first-ever individual Big 12 Champion, leading the team to its second-straight Big 12 Conference crown. He parlayed that performance into the NCAA Midwest Regional where he won the individual title to help the Cardinal and Gold bring home first as a team.

At the 2018 NCAA Championships, Kurgat was involved in an exciting finish down the final stretch, ultimately placing third and leading Iowa State to its second-straight top-10 finish at the NCAA Finals. Kurgat's third-place finish was the best by a Cyclone runner since Jonah Koech won the individual title in 1990.

Following the season, Kurgat was rewarded for his outstanding 2018 performance. He was named the Big 12 Cross Country Men's Runner of the Year, as well as the USTFCCCA Bill Bergan Award winner, given to the top male runner in the Midwest Region.

The Eldoret, Kenya, native then turned his efforts toward the track. He claimed two titles at the Big 12 Indoor Championships, winning the 3,000 and 5,000m Run. He was a Second-Team All American in the 5000m Run. His time of 13:34.54 in the 5000m Run at the ISU Classic broke Iowa State's school record that had been previously held by Koech for 28 years.

At the 2019 Big 12 Outdoor Championships, Kurgat was a runner-up in both the 10,000 and 5,000m Runs. He was a member of the 4x800m and Distance Medley Relay teams that took first at the Drake Relays and lifted the ISU men to the Hy-Vee Cup. He capped off the 2019 track season with a fifth-place finish in the 5000m Run at the NCAA Championships with a time of 14:08.26 to earn First-Team All-America honors.