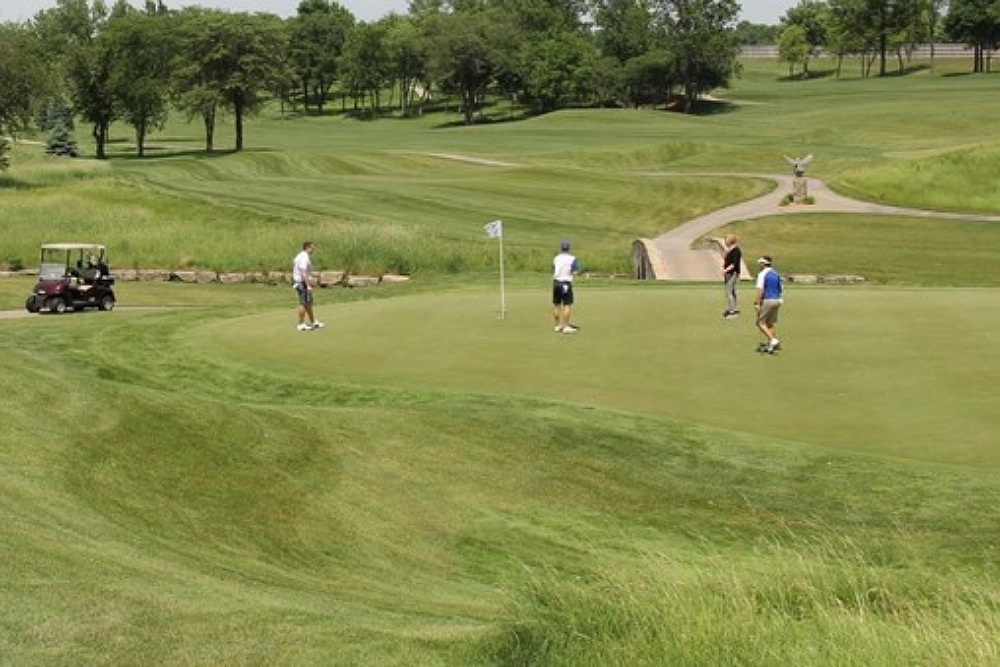 The annual Drake Golf Classic was played under ideal conditions at one of Iowa's most exclusive golf courses, the Talons of Tuscany, in Ankeny, Iowa, Tuesday, June 11.

Teams took advantage of the beautiful Tuesday afternoon to post low scores across the board. For the second-straight year, Norwalk Ready Mix claimed the team title as Scott Bohlender, Jim Brown, Tanner Weatherman and Brian Harryman posted a combined team score of 131.

Scott Helms was the individual winner of the Classic with a score of 66 to earn the coveted Blue Jacket awarded to the low-score of the tournament, which was played in a shamble format. The team score consisted of each team's two lowest scores on each hole.

For the 12th time, Bulldog supporters enjoyed the afternoon of play at the lush Talons of Tuscany. The pristine course is owned by one of Drake's biggest supporters, Mr. Dennis Albaugh. Mr. Albaugh generously allows the Drake athletics department the opportunity to host its annual golf tournament, which serves as one of the department's biggest fundraisers.

For more information about the 2020 Drake Golf Classic at The Talons of Tuscany, contact Matt Lyons(matt.lyons@drake.edu)