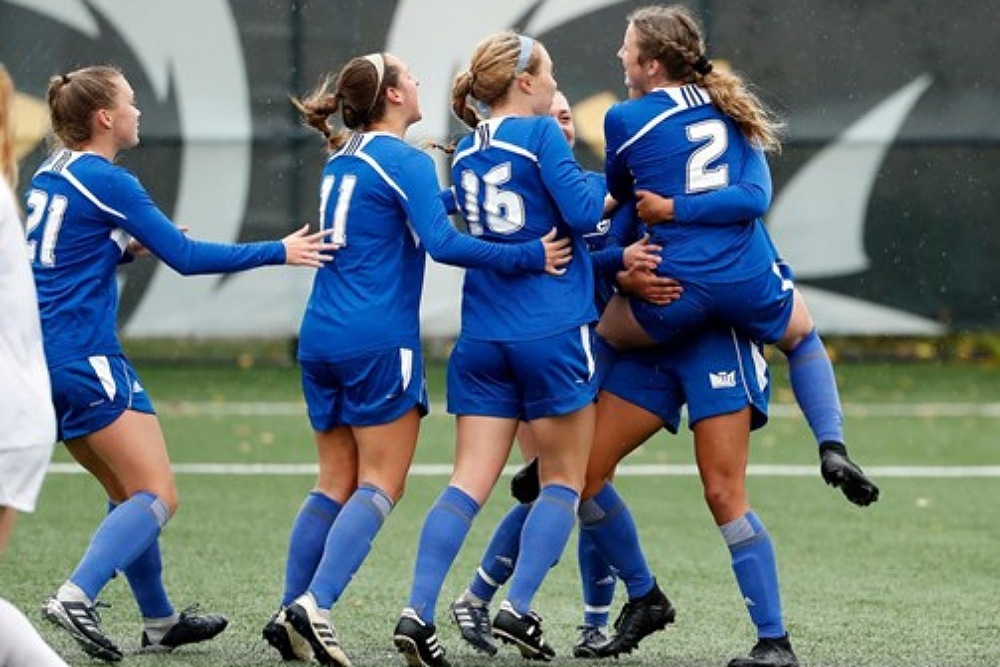 "We look forward to another challenging non-conference schedule," said Horner. "Our two exhibitions and first four matches will test us straight away. Colorado was nationally ranked last season, and Denver, Baylor and Saint Louis all competed in the 2018 NCAA Tournament. We are excited to see how we stack up against them then need to be prepared to execute against our next stretch of mostly home games against mid-majors to gain momentum leading into MVC play."

The Bulldogs' home slate begins on Aug. 30 against Baylor in the first of 10 home matches. Drake has six home matches at the Cownie Soccer Complex scheduled for September, including its league opener against the defending MVC regular season and tournament champions, Loyola, on Sept. 28.

The Bulldogs start October on the road with back-to-back matches at Missouri State on Oct. 5 and at Evansville on Oct. 12. Drake then hosts three-straight home matches, beginning with in-state rival UNI on Oct. 16 followed by Indiana State on Oct. 20 and finally senior day against Valparaiso on Oct. 26.

"Our league will be a battle again this year and the first matchup against Loyola at home will be so important to MVC standings," Horner said. "I like that we have four MVC home games, but our three away league opponents are traditionally very good on their home field."

Drake's first exhibition contest is at home against Creighton on Aug. 14 before it visits Iowa State on Aug. 17 for its final preseason competition.

The 2019 MVC Tournament begins with on-campus matches on Nov. 3 before the semifinals on Nov. 8 and championship on Nov. 10 are hosted by Missouri State.