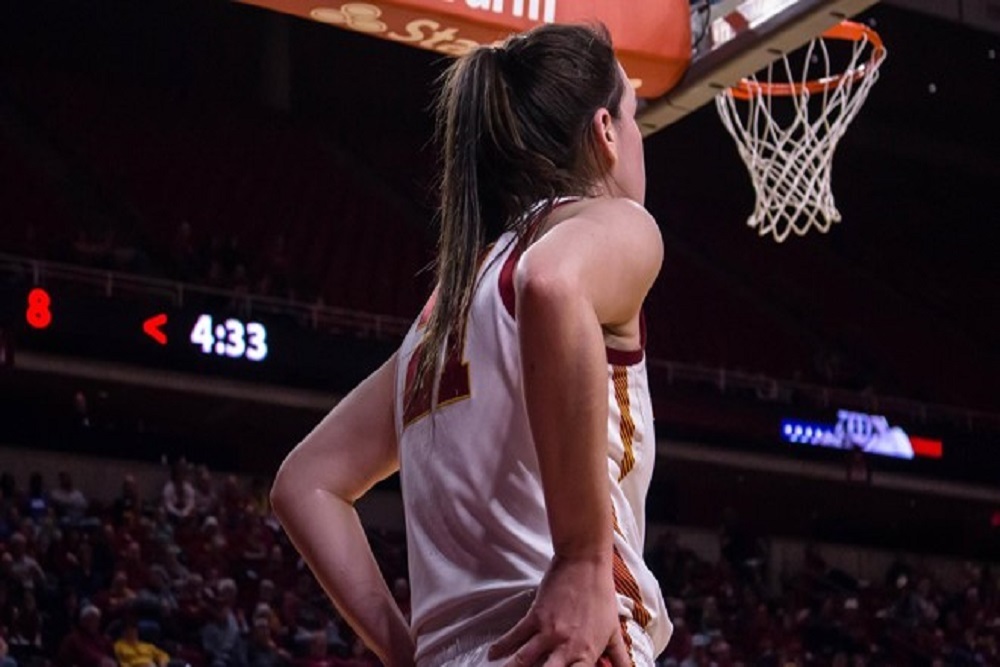 Iowa State women's basketball's Bridget Carleton was nominated for the 2019 NCAA Woman of the Year, which recognizes graduating female college athletes who have distinguished themselves in academics, athletics, service and leadership during their college careers.

Carleton capped off her illustrious career at Iowa State with a cabinet full of honors in 2018-19. She was named the 2019 Big 12 Player of the Year, the Cheryl Miller Award winner, Second-Team AP and ESPNW All-American, WBCA All-American and a unanimous selection to the All-Big 12 First Team. She was also recently awarded the Celia Barquin Arozamena Female Athlete of the Year.

Next, conferences will select up to two nominees each from the pool of school nominees. Then, the Woman of the Year selection committee, made up of representatives from the NCAA membership, will choose the Top 30 honorees — 10 from each division.

The selection committee will determine the top three honorees from each division from the Top 30 and announce the nine finalists in September. From those nine finalists, the NCAA Committee on Women's Athletics then will choose the 2019 NCAA Woman of the Year.

The Top 30 honorees will be celebrated and the 2019 NCAA Woman of the Year will be named at the annual award ceremony Oct. 20 in Indianapolis.