GRINNELL COLLEGE ATHLETICS: Curta will take basketball talents to next level in Germany 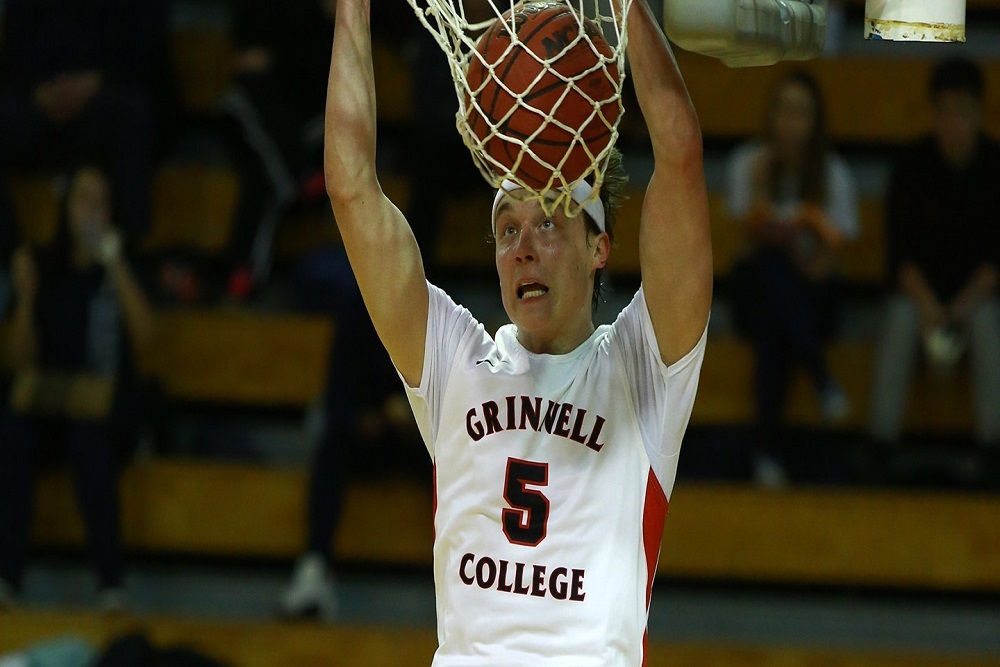 Vinny Curta '19, who established himself as one of the top players in Grinnell College basketball history during his storied Pioneer career, will soon be taking his talents to the next level.

Curta recently signed to play with TSV 1861 Nördlingen, a squad based in Nördlingen and part of the German tiered professional system.

Curta said when his collegiate career closed, doors began opening to the professional level. "After the season, I was contacted by a few agents and in early June I decided to sign with an agent by the name of Ehud Barnea of Next Move Agency," he explained. "From there, he put me in contact with the head coach of the team (Sebbi Moll) in early July. I talked a lot with the coach about what he thought about my game film from the season, highlights, stats and various workouts over the summer."

The coach said exactly what Curta had hoped to hear. "He basically told me I would be a great fit and explained what my role would be for the club," said Curta. "From there, I talked with my family and decided this would be the best fit for me and things progressed into officially signing a contract for the 2019-2020 season."

Curta will report to the team in mid-August and stay through at least the end of March 2020, when the season ends. Not only is Curta looking forward to it, Moll is anxious to have him join the team. "We were looking for a point guard able to lead a young team," Moll said. "When I first saw Vinny's tape I was impressed not only by his ability to score but also by the court vision and the passes he dished out. After watching some games, I could see that these were not just highlights, it is his way of playing. And then, after speaking to him, I was sure that he is the guy we are looking for. For us as a club with long tradition and a close connection between team and fans, it is important to have a player with good character."

Moll has high expectations for Curta. "Vinny has to take over if needed and decide games on his own," he said. "But on the other hand, he has to take our young team to the next level. This includes understanding that there are games and situations where he needs to put the ball into the young guys' hands and support them. We are convinced that Vinny is exactly this kind of player and will fit perfectly into our beautiful city and our young team."

Curta was a three-time D3hoops.com All-Region selection, just the third Pioneer to accomplish that feat. Also a three-time All-Midwest Conference first-teamer, Curta broke the NCAA Division III record for career free throw attempts with 943. He finished as Grinnell's career leader in that category, as well as free throws made with 724. He is third in career points (2,287) and assists (472), fourth in field goals made (716) and assists average (5.0 per game) and fifth in scoring average (24.1 points per game) and field goals attempted (1,512).