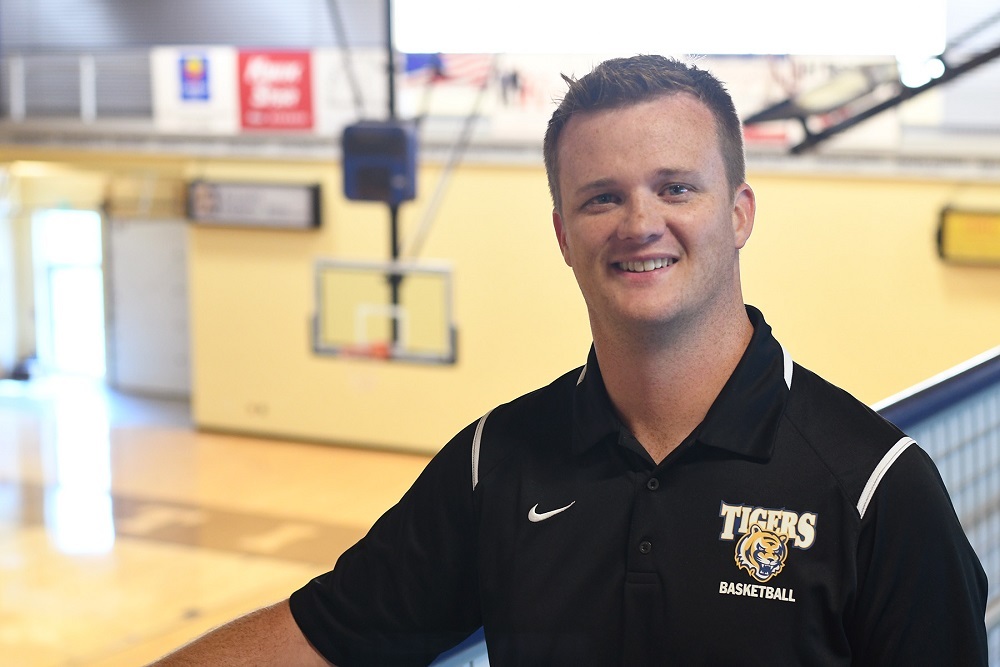 Flack has four years of junior college level coaching experience. He has been the MCC assistant men's basketball coach for the last three years under the guidance of former head coach Brynjar Brynjarsson. "Brynjar is the reason I am a college basketball coach. If it wasn't for him taking a chance on me as player and then a student-assistant for him twelve years ago, I would have never come to MCC," says Flack. "He has had such an influence on me professionally and personally during the course of the last twelve years." Flack also spent one year at John Wood Community College as an assistant coach.

Prior to moving into junior college athletics, Coach Flack's basketball experience included two years at South Dakota State as a graduate assistant coach. He also juggled both Urbandale High School assistant coaching responsibilities and a year as the Grand View University JV and assistant varsity coach. "Juggling both of those opportunities was definitely a unique challenge and experience," he said. He spent a second year at Urbandale as part of the coaching staff along with Head Coach Brad Bjorkgren, helping the team reach the 2013 State Tournament. "The opportunity to work with Coach Bjorkgren and Coach Schaefer (Grand View) was a great learning experience and quite honestly, two of my favorite years in coaching."

Coach Flack is an Iowa native. He graduated from Nevada High School then attended MCC, playing one season for the Tigers in 2007-08 and then staying on as a student-assistant coach. "My high school coach, Joel Fey, had as big of an influence on me being a coach as anyone. I knew from a young age I wanted to coach, so the the opportunity to be a student-assistant was appealing to me," said Flack. After graduating from MCC he transferred and received a bachelor's degree from Upper Iowa University and then a master's degree from South Dakota State University. When asked what it means to him to come back and coach at a school he played for, Coach Flack said, "The opportunity to be the head men's basketball coach at MCC is special, because this is where I played and have so much familiarity with the program the past decade."

With the Tigers graduating 10 players last season, they return only two guys. Coach Flack has been on the job for a little over a month and is heavily recruiting now. "We play in the best junior college league in the country and recruiting has to be a priority. Its also a priority to get the best local kids, who can contribute in a positive way for us."

The 2019-20 school year starts Monday, Aug. 26, which is fast approaching. The first thing Coach Flack has begun is the transition from assistant coach to head coach. "There are a lot of different hats you have to wear as the head coach and lots of decisions to make. We need to try and find the right players for MCC that will fit what we want to do as a program."

When asked about his goals for the team, he said, "I'm not going to redesign the wheel. Every coach I've worked for, I've learned something, so hopefully a little piece of each of those coaches will play into what I'm doing. We can build on the way we have done things the last three years. It's really just putting a roster together and keeping everyone accountable and getting better every day. We are going to have the goal to win each day, whether that is in the classroom or things in the community that we do as an athletic department or as a team. We just want to get better and compete in everything we do."

Flack is also the MEP Program Coordinator at MCC. "I've had the dual role for the past year. I'm really passionate about working with the young people in the community and it's been a lot of fun. Being able to be the MEP Program Coordinator and the Head Men's Basketball Coach is a unique opportunity." Flack has help at home juggling it all with the support of his wife, Carlee, and their two young children, Quinn and Kallen. "Carlee has been with me from the beginning, starting at South Dakota State. I'd be on the road for four nights at a time. It's nothing new for her. I'm glad I have her in my corner."