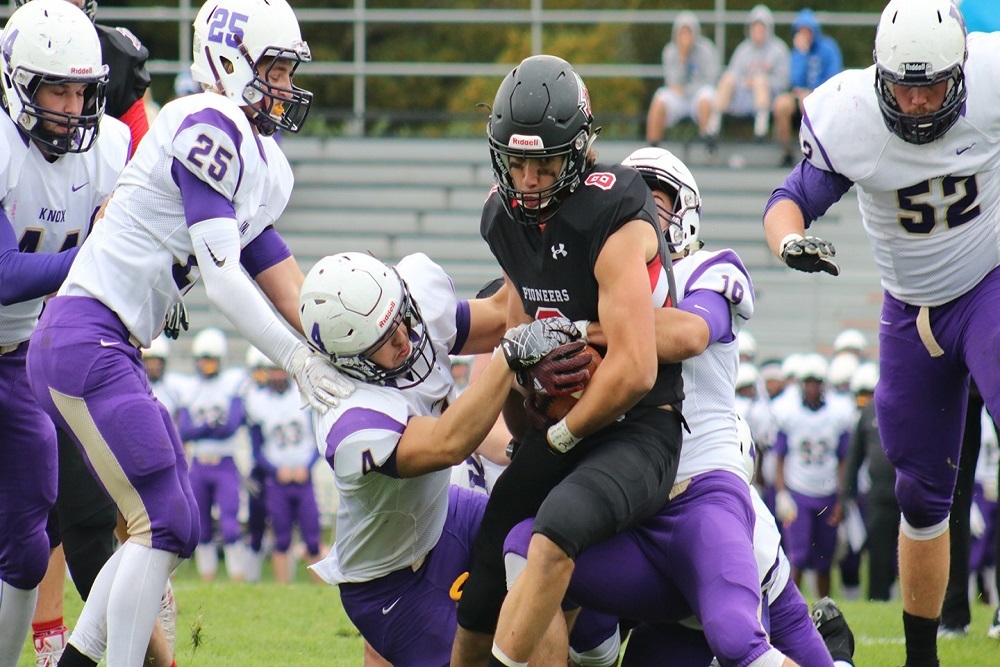 Grinnell College receiver David Taylor '20 has been named to the list of 185 semifinalists for the 2019 William V. Campbell Trophy® Presented by Mazda, the National Football Foundation (NFF) announced on Wednesday.

Of the 185 national semifinalists this year, 49 are from NCAA Division III institutions including three from the Midwest Conference.

Celebrating its 30th year in 2019, the award recognizes an individual as the absolute best football scholar-athlete in the nation for his combined academic success, football performance and exemplary leadership.

The NFF will announce 12-14 finalists on October 30, and each of them will receive an $18,000 postgraduate scholarship as a member of the 2019 NFF National Scholar-Athlete Class presented by Fidelity investments. The finalists will travel to New York City for the 62nd NFF Annual Awards Dinner on December 10, where their accomplishments will be highlighted in front of one of the most powerful audiences in all of sports. Live during the event, one member of the class will be declared as the winner of the 30th Campbell Trophy® Presented by Mazda and have his postgraduate scholarship increased to $25,000.

Nominated by their schools, which are limited to one nominee each, candidates for the awards must be a senior or graduate student in their final year of playing eligibility, have a GPA of at least 3.2, have outstanding football ability as a first team player or significant contributor and have demonstrated strong leadership and citizenship. The class is selected by the NFF Awards Committee, which is comprised of a nationally recognized group of media, College Football Hall of Famers and athletics administrators.

Named in honor of the late Bill Campbell, former chairman of Intuit, former player and head coach at Columbia University and the 2004 recipient of the NFF's Gold Medal, the Campbell Trophy is a 25-pound bronze trophy and increases the amount of the recipient's grant by $7,000 for a total postgraduate scholarship of $25,000. This year's postgraduate scholarships will push the program's all-time distribution to more than $11.7 million.