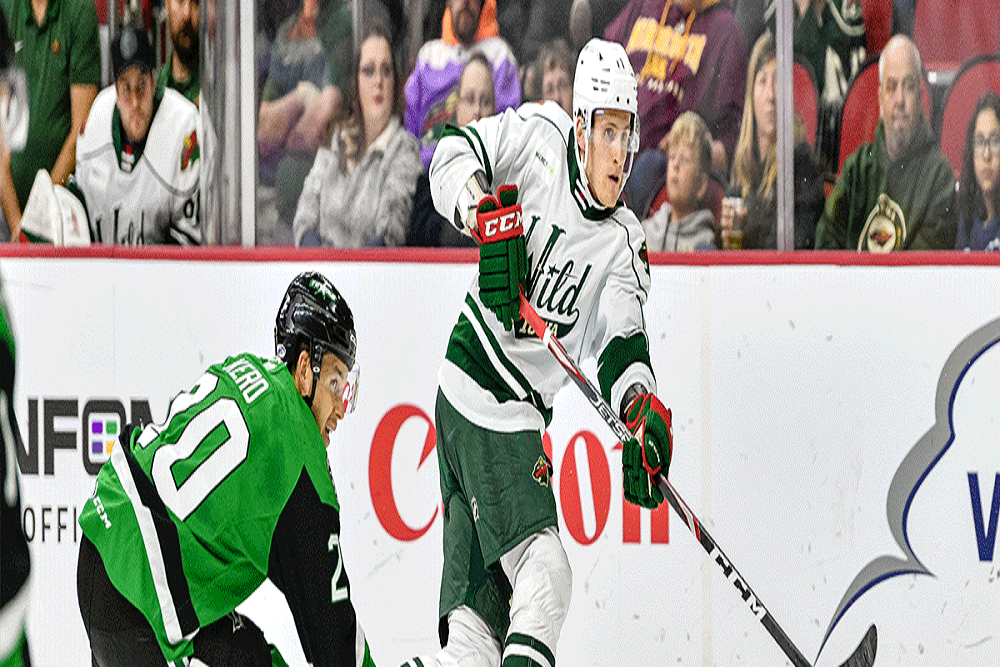 Sturm, 24, has recorded 11 points (6g, 5a), including two power-play goals and two game-winning goals, in 23 games with Iowa this season. He has tallied four points (2g, 2a) in his last four games and leads team rookies in scoring. Sturm ranks T-1st amongst AHL rookies in game-winning goals, T-4th in shots on goal (50) and T-9th in goals. The 6-foot-3, 206-pound native of Augsburg, Germany, was signed as a free agent by Minnesota on April 1, 2019 and made his NHL debut on April 4 vs. Boston. He registered seven shots on goal in two games with the Wild last season. Sturm wears sweater No. 7 with Minnesota.

He led Clarkson University in scoring and assists with 45 points (14g, 31a) in 39 games and won 392-of-677 face-offs taken (57.9%) as a junior last season. The team co-captain also led the Golden Knights with a plus-23 rating, ranked T-2nd in goals, third in shots on goal (94), and tallied 12 multi-point games. Sturm ranked T-4th in assists, T-8th in scoring and T-11th in points per game (1.15) in the NCAA last season. He was named the ECAC Hockey Best Defensive Forward for the second consecutive season, a Top Ten Hobey Baker Award Finalist, a finalist for the ECAC Hockey Player of the Year Award, to the 2019 ECAC Hockey All-Tournament Team and an ECAC First-Team All-League selection in 2018-19.

Pateryn, 29, was assigned to Iowa on a conditioning assignment Monday and skated in Iowa's 5-1 loss at San Antonio Wednesday. He underwent bilateral core muscle repair surgery on Oct. 1 and has not appeared in a game with Minnesota this season. He tallied seven points (1g, 6a) in a career-high 80 games last season with the Wild and ranked second on the team in hits (144) and third in blocked shots (118).