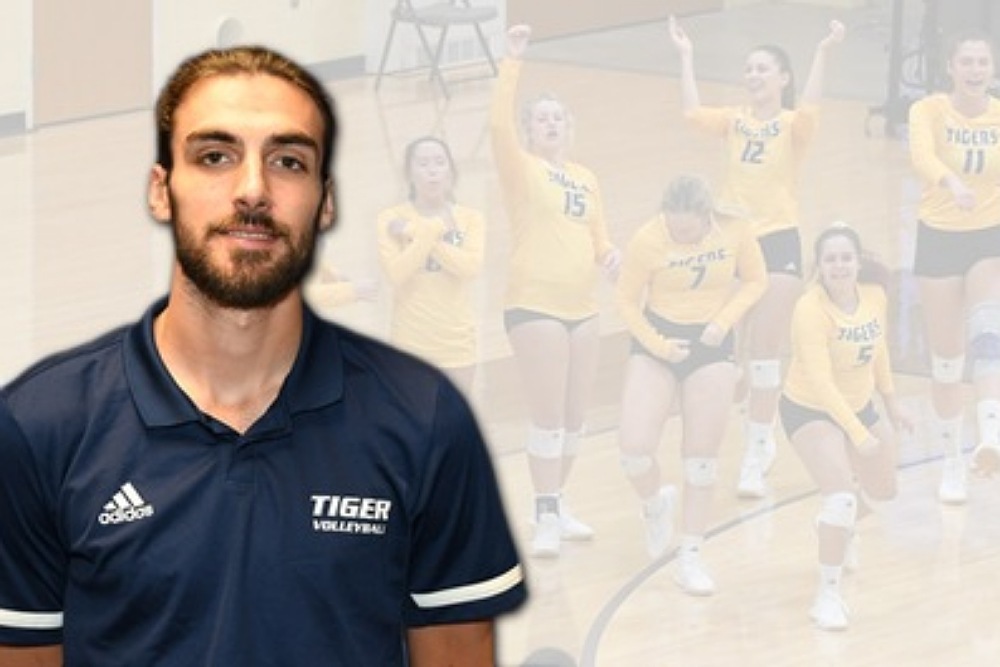 Marshalltown Community College is happy to announce that Frank Hanes will be the new head volleyball coach starting after the holiday break. This will be Hanes' first college head coaching job.

Hanes was named the interim head coach this past October and finished out the 2019 season. He first joined the MCC staff in 2018 as the assistant coach. He brings a lot of experience to the Tiger program having spent four years as an NCAA practice player for the Iowa State Women's team (2014-18), three years coaching Iowa Heart VBC with three different teams including the Silver Bracket Champions Asics National Championships in Chicago in 2016. He was also the practice coordinator for Iowa State Men's VBC for the last three years and was a volunteer assistant coach for the Loyla University Chicago Men's Volleyball Team in 2018.

Hanes has been playing the sport of volleyball competitively since he was in 5thgrade. From his experience playing at multiple clubs and in USAV high performance camps, he has had the opportunity to learn under a multitude of high caliber coaches. As a practice player at Iowa State University he assisted in running the scout team for a Big 12 program, allowing him to study a range of offensive and defensive systems across the country.

When asked about his new position at MCC he said, "I'm excited for this opportunity and look forward to building on the progress the program has experienced in the last few seasons." The Tigers ended the 2019 season with an overall record of 32-12.

Athletic Director John Kriebs is looking forwarded to continuing to work with Hanes, "I'm happy to have Frank as our next Head Volleyball Coach. In his short time as the Interim Head Coach, he has proven he is up to the task and has a real desire to be part of the Tiger family. We look forward to seeing what Coach Hanes can do and the direction he will take the program. His experience, credentials and time as a student-athlete are a great match for what our program needs."