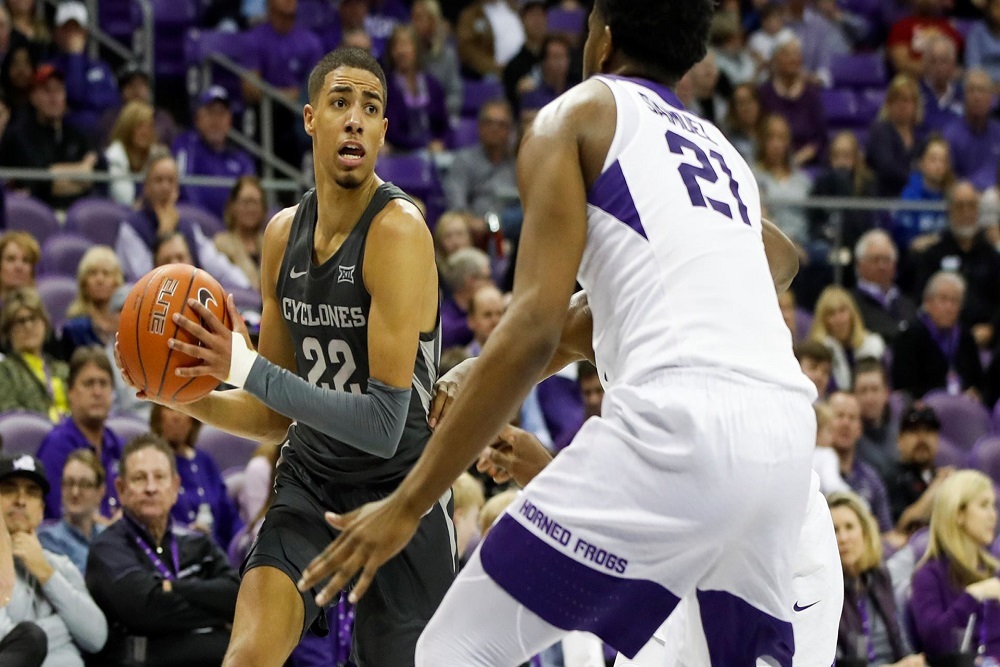 How It Happened
An exciting back-and-forth battle in the first half ended with the Horned Frogs clinging to a 39-38 lead. TCU, which was led by 16 first-half points from Desmond Bane, went on an 11-2 spurt to take a 22-16 lead with 8:31 to play in the first half. Iowa State was quick to respond to the Horned Frog run, reeling off a 10-0 spurt of their own in just 93 seconds, including a pair of Tyrese Haliburton triples, to surge back in front 26-22.

The two teams then traded punches to close the half, with seven lead changes over the final 3:29 before intermission. RJ Nembhard hit TCU's seventh and final 3-pointer of the half with 0:29 to play in the period, giving the Horned Frogs the one-point halftime lead. Haliburton led the Cyclones with 12 points, five rebounds and five assists in the first half, followed by seven points from Prentiss Nixon on 3-of-4 shooting.

The see-saw affair continued after the break, with the lead never growing to more than five points either way throughout the final 25 minutes. The Cyclones were aggressive attacking the basket throughout the second half, earning 22 free throw attempts to compensate for being outscored 18-3 from beyond the 3-point line in the stanza.  George Conditt IV led Iowa State with 13 points in the second half, going 7-of-10 at the free throw line.

The Cyclones would take a 74-71 lead with eight seconds remaining before Nembhard banked in a deep triple in the closing moments of regulation to send the game to overtime.

Nembhard also scored four of TCU's seven points in overtime, as Iowa State shot just 2-of-6 from the field in the additional session. A deep Haliburton triple at the buzzer was off the iron and the Horned Frogs hung on for a 81-79 win to open Big 12 play.

Players of Note
Tyrese Haliburton put up the sixth triple-double in program history, tallying 22 points, 12 rebounds and 10 assists in a phenomenal performance. The sophomore also had three steals and played all 45 minutes.

George Conditt IV came off the bench to score 19 points and grab six rebounds. He also blocked a shot and knocked down a team-high seven three throws.

Up Next
Iowa State returns home to face Kansas on Wednesday at 7 p.m. at Hilton Coliseum. The game will be broadcast on Big 12 Now on ESPN+.