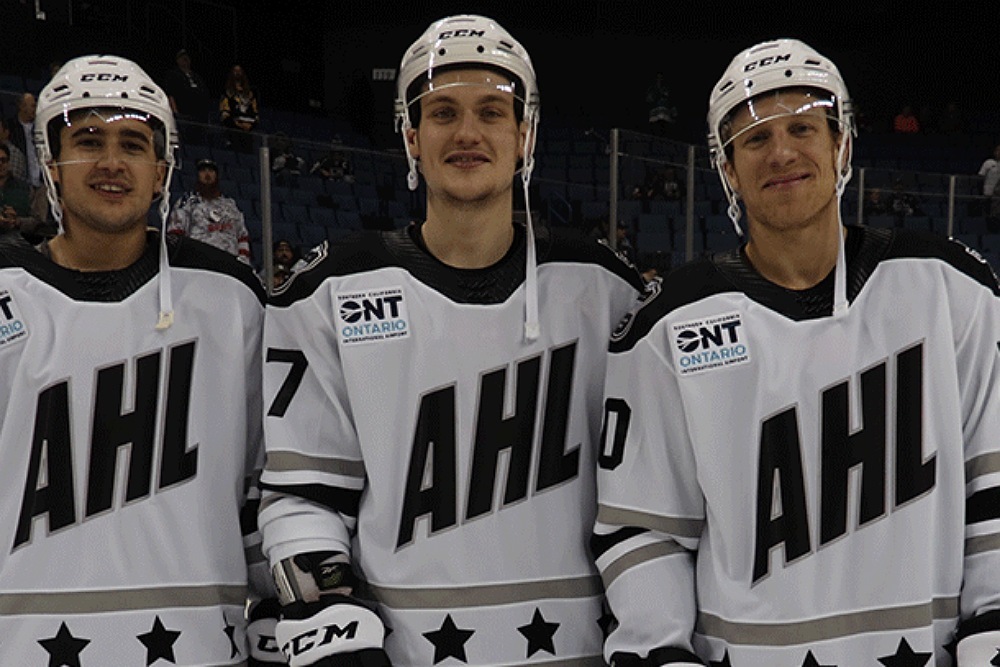 The Central Division All-Stars, featuring Wild forwards Sam Anas and Gerry Mayhew and defenseman Brennan Menell, finished in second place in the 2020 AHL All-Star Challenge, completing the round-robin portion with a 2-1-0 record before falling to the Atlantic Division in the Championship Game by a score of 3-1.

The Central opened up the round-robin against the Atlantic Division, winning 3-1 in a game where all three Wild players earned at least a point. After the Atlantic scored first, Mayhew set up Chicago’s Lucas Elvenes to kick-off three straight goals by the Central, which the team rode to victory. Anas was credited with the secondary assist on the team’s second goal, coming from Grand Rapids’ Matthew Ford and then Mayhew capped off the game with an empty-net tally, with Menell getting the secondary assist.

In the team’s contest against the North Division, head coach Karl Taylor put out all three Iowa players to start the game and they responded with two goals within the first 50 seconds. Anas opened the scoring just eight seconds in, receiving a pass from Mayhew and then slipping the puck through the five-hole of Toronto’s Kasimir Kaskisuo. Mayhew followed up Anas’ goal with a tally of his own. On a breakaway, his initial shot was stopped, but Menell corralled the rebound and sent it back to Mayhew on the right post for the easy tap-in. The Central Division never surrendered the lead and defeated the North by a score of 6-5.

The Central ultimately fell in the final game of the round-robin tournament to the hosting Pacific Division by a score of 5-4 in the shootout. Menell earned the assist on the Central’s second goal of the contest, setting up Ford to tie the game at 2-2. Anas took part in the shootout, where he lifted the puck onto the blade of his stick and then threw it on net, but it sailed over the crossbar.

Facing off against the Atlantic Division in the championship, the Central attempted to battle back from a 3-0 deficit but couldn’t get it done, falling 3-1. Ford scored the lone goal for the Central, with Menell logging the primary assist on the play.

Both Mayhew (2g, 2a) and Menell (4a) finished the night with four points, while Anas (1g, 1a) finished with two. Menell earned an assist in every contest and his four helpers were tied for the most on the Central.

Iowa continues its franchise-long nine-game homestand with a contest against the Grand Rapids Griffins. Puck drop is scheduled for 7:00 p.m.